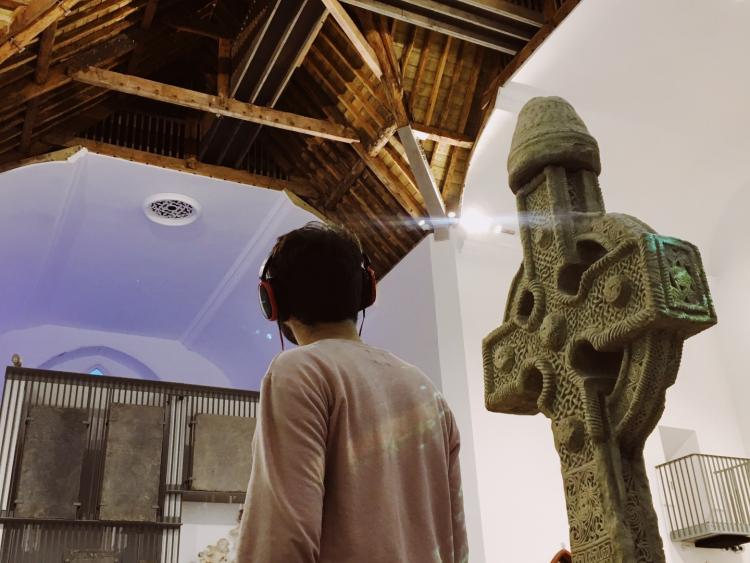 That’s exactly what you can do on December 13 and 14 at the Medieval Mile Museum in Kilkenny City, which is to host Architecture of Sound, a DJ night that allows revellers the unique opportunity to lose themselves inside one of Kilkenny most compelling spaces, the former 13th Century church turned award-winning museum.

Described as an “immersive sound experience”, Architecture of Sound will see attendees given a set of individual headphones to participate in the first such event in of its kind in a heritage building in Kilkenny. The two gigs will be delivered by Seems Legit, run by Kilkenny DJ Eddie Galavan, alongside special guests on the night who are promising “modern electro with medieval instrumentation in response to the unique architecture of the 13th century building.”

A record collector of 20 years, Eddie has gigged nationally and in Europe.  In the last few years he has run parties in Central Arts, Waterford with the likes of John Heckle, Prosumer, Ikeaboy, Myler, Cailin, Lee Holman, TR One, DJ Wool and Lee Kelly as well as playing his own gigs in London, Amsterdam, Berlin and Liverpool.

While the idea may seem unusual to some, Medieval Mile Museum – which took the Culture Heritage & Tourism Award at the recent Kilkenny Business Awards - is following in the footsteps of London’s Natural History Museum, Newcastle’s Great North Museum, Birmingham Museum and Art Gallery and Museum of Contemporary Art (MOCA) who have all hosted silent discos inside their revered spaces in a move to provide greater accessibility to the public.

“In the last couple of years we’ve been consciously opening up the museum to the public through a programme of events that includes family-friendly exhibitions, dining events, LEGO hunts, torchlight tours and now a silent disco”, said Anne Marie Hallinan, Business Development Director for Kilkenny Civic Trust which operates the Medieval Mile Museum.

“The Medieval Mile Museum is designed to enrich the cultural life of Kilkenny city and we hope Architecture of Sound will be as well received in Kilkenny as other contemporary music events have been in other cultural spaces around the world”.

Concerned citizens worried about revellers tipsy swaying in front of Kilkenny’s civic treasures while reflecting on the ethereal nature of existence need not worry as no alcohol will be served at Architecture of Sound.
Architecture of Sound takes place on December 13 and 14 from 9pm to 11pm. Entry is €15.