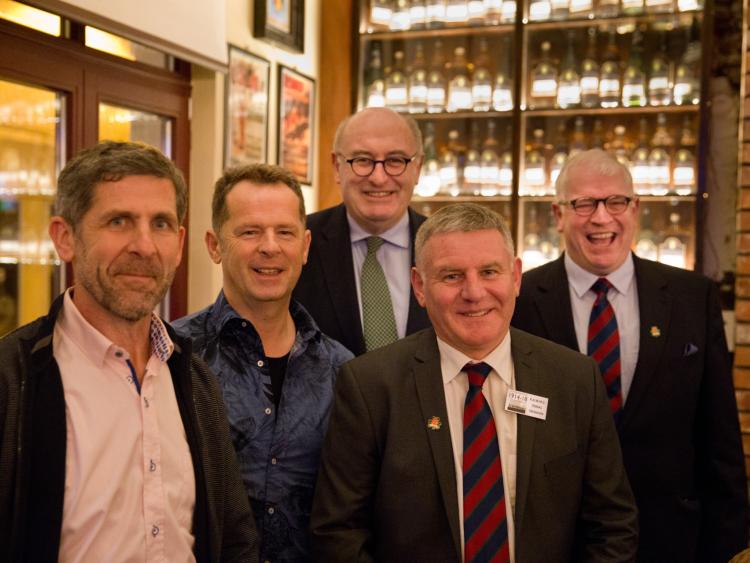 Kilkenny native and new EU Commissioner for Trade Phil Hogan was on hand to help cut the ribbon on a new pub/restaurant in Flanders, Belgium at the weekend.

‘Mary’s’ is the latest venture of Patrick Foley, a native of White Bridge, Kilkenny. It is named after Mr Foley’s late mother. Located in Kortrijk, in the Belgian province which famously saw so much action during WWI, the venue has some distinctly Kilkenny themes.

Among the many features is a commemoration to the 216 Kilkenny World War I soldiers who are buried or memorialised in Flanders. It involves a display of 216 old whiskey bottles featuring the name, rank and number of each soldier. 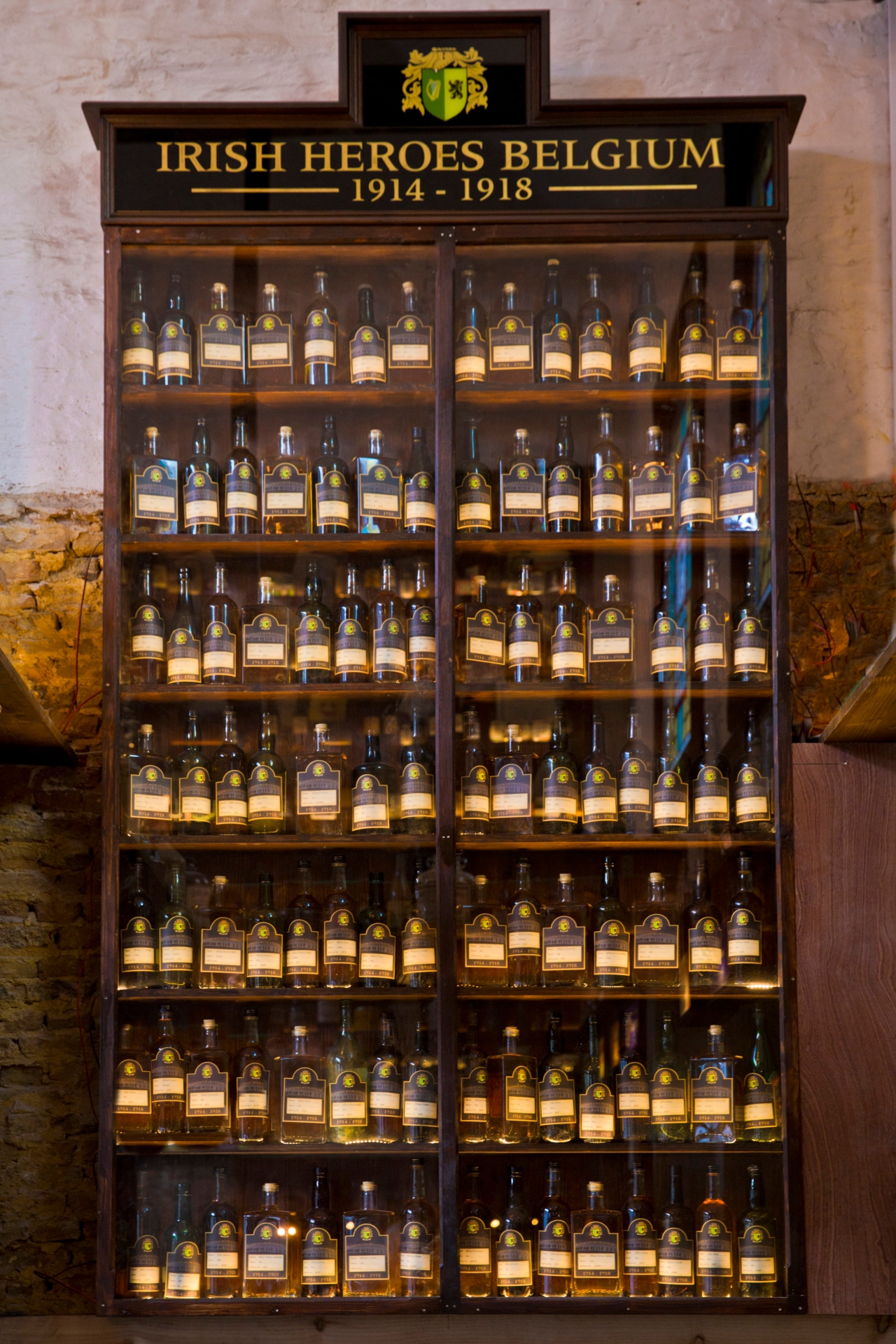 The display of whiskey bottles

“I have been greatly inspired by the Kilkenny War Memorial, and being based here in Belgium for over 25 years, I felt strongly to do something especially in Kortijk with it being so close to Yper,” said Mr Foley.

Donal Crogan and John Joe Cullen from Kilkenny’s War Memorial Committee attended the official opening, and the bagpipes sounded as the ribbon was cut. The committee presented Mr Foley with a specially commissioned drawing of the Kilkenny Great War Memorial by artist John Walsh, scenes of Kilkenny by Fred Morton, and the Kilkenny War Dead book.

Mr Foley extended a special invitation to Mary’s to all Kilkenny people who visit the war graves in Flanders in future.