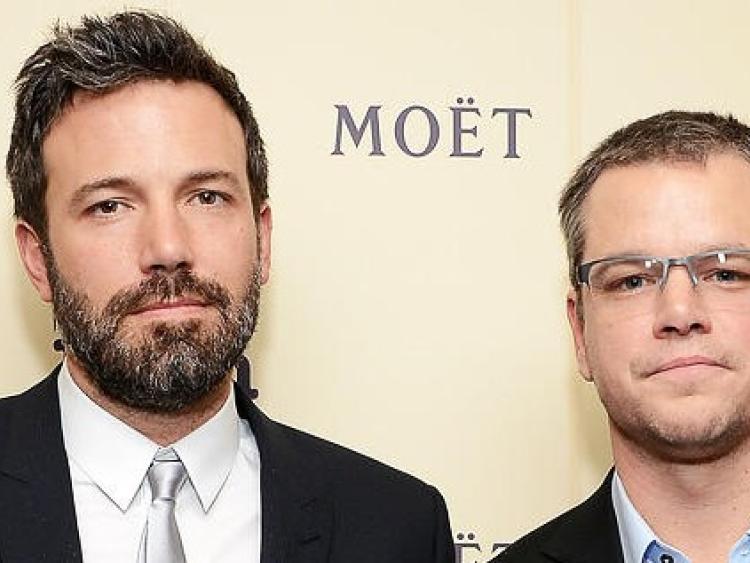 Ben Affleck and Matt Damon stars of The Last Duel

A helicopter that touched down recently at Kells Priory, 8 miles from the city, had a passenger on board who could have a huge positive impact on the area.
Academy Award winning Film director Ridley Scott, responsible for such films as Alien and The Gladiator, is considering the Priory for the pinnacle scene in a new film starring Matt Damon and Ben Affleck.
The Last Duel, which is being produced by Fox, is scheduled for release in January 8, 2021.
The visit was organised by the Office of Public Works and was kept secret. If chosen, the exposure would provide Kells with a huge positive boost and promote what is the largest ecclesiastical medieval site in Europe. However, Mr Scott is also looking at Tintern Abbey in Wexford for the scene.