Senior silver medal was perfect end to season for Richardson 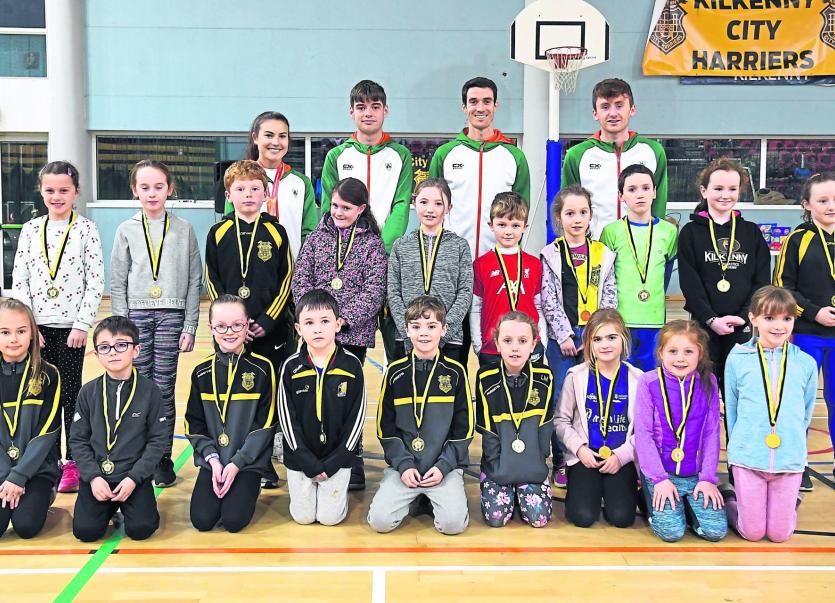 The silver medal was around her neck, but Aoibhe Richardson still bore a ‘pinch me, I’m dreaming’ look as she reflected on her success at the European Cross-Country Championships.

“It’s a bit surreal,” the Kilkenny City Harriers athlete said when asked to sum up the experience. “It was the perfect end to what was an almost perfect season.

“It doesn’t happen very often, but it was a dream come true (to medal in Portugal),” she added. “I had such a great weekend. I always love being able to represent Ireland and to go on these trips with a full team meant there was a great atmosphere.

“For it to be the most successful European Cross-Country championships we’ve ever had makes it all the more exciting to have been a part of it. It’s really exciting going into Dublin next year. Hopefully I can be a part of it again.”
Richardson was part of a strong senior Irish women’s team who travelled to Portugal.

With Fionnuala McCormack and Ciara Mageean in the team there was plenty of medal talk, but the expectation didn’t put any additional pressure on her shoulders.

“Athletics Ireland have started sending full teams to competitions like this in the last few years, which is great from a development point of view,” she said.

“I went once as a junior and once as an under-23 and didn’t perform at the level I’m at now that I’m a senior.

That really gave me the momentum to keep training and to get to that level again, so it’s great to see full teams get that chance.

“As for pressure, I didn’t feel under too much of it from a medal standpoint,” she added. “Our team was going to be in with a shot - any team with Fionnuala McCormack on it is going to have a chance - but I didn’t put too much focus on a podium finish.

“I wasn’t aware we were in with a medal chance until the last lap, when people were shouting at us ‘you’re in second place’,” she continued.

“I remember thinking, ‘am I hearing that correctly?’ but it gave me the extra gear at the end. I couldn’t believe it when I crossed the line and heard the team had finished second.”

And the roars of the Irish support helped spur the team on.

“It was almost like the entire crowd was Irish,” she said.

“You always see that the Irish contingent is the biggest of all the supporting countries - there’s Irish flags everywhere. Next year it will be 10 times that when Abbotstown hosts the championships. There’s really a lot of cross-country fans here.”

With all the noise and colour, it was bedlam when the Irish team’s medals were confirmed.

“We were the last people to leave the tent area after the race,” Richardson recalled.

“There were so many photographs being taken, and messages from well-wishers. It was amazing.”

Richardson, who won the Women’s Mini Marathon in Dublin this year, used her experience from a tough season of NCAA running in the US to good effect.

“The NCAA system was perfect for me going into Lisbon,” she said.

“You get all of these high quality races against top opposition. It was a great experience and helped with the nerves as you’re used to racing against big fields of runners.
“Going into Lisbon I didn’t change too much about how I approached the race,” she added.

“All season I tried to put myself in a good position in contact with the lead or chase pack and run as hard as I could.”

Next up for the Harrier - some deserved time off!

“I’m going to take a bit of a break,” she said. “After that I’ll start working towards the indoor season in the US.”