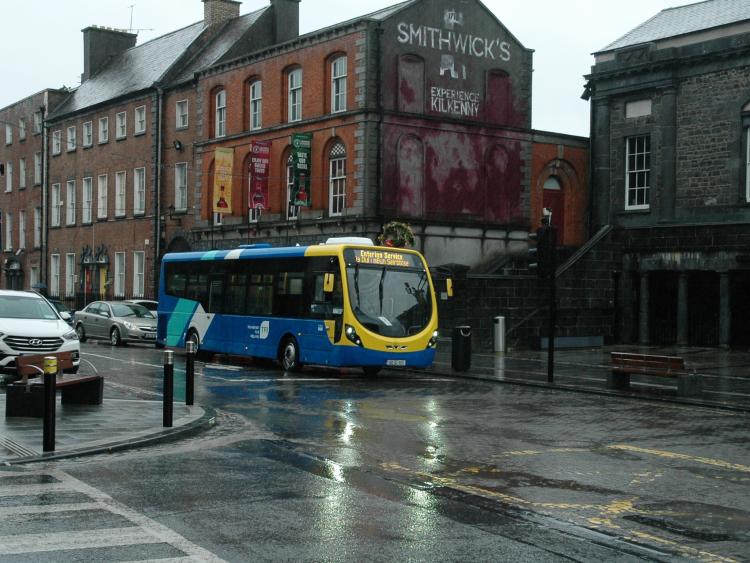 Local councillor Malcolm Noonan has welcomed the commencement by the National Transport Authority (NTA) of the new bus service in Kilkenny City.

The Green Party councillor, who travelled on the bus on its first morning, said that it was important now that people in Kilkenny use the service, get used to the new routes and embrace the freedom of being able to give the car a rest, save money and enjoy all that the city has to offer.

"It’s taken quite a lot of time to get to our destination and while I’m disappointed that we don’t have an electric or biogas fleet, I am nonetheless delighted that this long awaited expanded city service will be up and running in time for Christmas," said Cllr Noonan.

He said that the bus service had the potential to transform the town if used with an enhanced mobility programme to increase the share of walking and cycling in the city.

"I really think that we could bring Kilkenny in line with many European small towns who are embracing sustainable mobility, reducing car dependency and improving urban air quality through embedding smarter travel in all plans and policies," he said.

"Yes I would have loved for Kilkenny to have had the first electric or biogas service in Ireland; imagine the first zero carbon fleet in the country, but it wasn’t to be. I still welcome this investment by the National Transport Authority (NTA) in rolling out public transport to smaller urban towns and I have asked that we would be considered to be the first when we switch our transport fleets to electric or renewable gas. It is essential that we do this soon to act on climate change."

Cllr Noonan welcomed the reduced LEAP and cash fare introductory offer and said that the fares were reasonable; offering commuters a real viable alternative to driving into town and paying for car parking. He also said that it would be of immense benefit to people who don’t drive, to young people and to people with disabilities.

"I hope that we all embrace this new service, it will help maintain a vibrant town centre, move us in the right direction towards addressing climate change and help address transport inequality within the city," he said.

"I commend our own council engineering section who worked closely with the NTA to put the infrastructure in place."