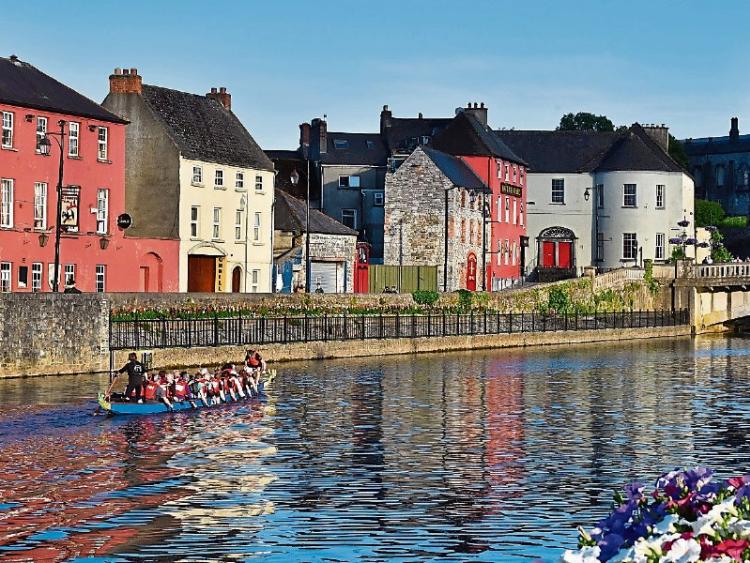 The River Nore flowing through Kilkenny

Kilkenny has once again been deemed cleanest of 40 towns and cities surveyed by business group Irish Business Against Litter (IBAL).

The Marble City has topped the IBAL litter rankings for a record fourth time, having last won in 2014. It finished ahead of Killarney, which was third in 2018, and Swords at the top of the table. In all, 21 of the 27 towns inspected were deemed clean, a great result but down on previous years.

Among the areas to come in for praise were the Clara approach road, High Street, Market Cross, Mac Donagh Junction Train Station, the Gowran approach road, and the N10 - M9 Connecting Road to Carlow. The banks of the River Nore were deemed 'wonderful' - 'a lovely riverside environment with ‘olde’ style street lamps'.

Areas flagged as potential problems include an abandoned/closed building at Parliament Street, and the recycle facility at St Canice's - reportedly 'let down by loose litter items to the rear'.

"Kilkenny reclaims its position at the very top of the league – a superb achievement for such a popular bustling centre," says the An Taisce report.

"With so many top ranking sites, there are a few which deserve a special mention, not just for their cleanliness but overall presentation and maintenance eg High Street, Market Cross Shopping Centre, The Train Station (both exterior and interior) and the River Nore River Walk – all were exceptionally well presented and maintained, creating a very fresh impression. This very high standard was sustained for all, bar one, of the sites surveyed – the recycle facility at St Canice’s was moderately littered."

For the first time, all cities’ centres were clean, and there was significantly less litter on city streets compared to a decade ago. However, Dublin North Inner City recorded its worst showing in years and was branded ‘seriously littered’, while overall litter levels in Ireland’s towns were up on 2018.

“In 2019 we saw an unwelcome increase in isolated heavily littered sites within many towns, which brought down their scores,” said Conor Horgan of IBAL. “Citizens and tidy towns groups need to push local authorities to focus on these sites and ensure they are clean for when IBAL revisits them in 2020.”

The past decade has brought a 13% reduction in litter levels in our city centres, while litter in towns has remained constant over the same period.

“We’ve seen the fruits of the greater attention given to keeping our city centres clean to the point where they are now almost as clean as our towns," says Conor Horgan.

"In 2019, for the first time, all were deemed clean. IBAL has been surveying disadvantaged city areas over the past 5 years but has seen little reduction in litter over the period. Unfortunately, the gap in cleanliness between these neglected areas and the high-profile city centres is not closing.”

From next year, an EU directive will force tobacco manufacturers to cover the cost of cigarette butt collection and processing in an effort to drastically reduce the numbers of cigarettes disposed of in the environment. IBAL is offering to facilitate the setting up of a pilot programme to recycle butts in Kilkenny, as winner of the league.