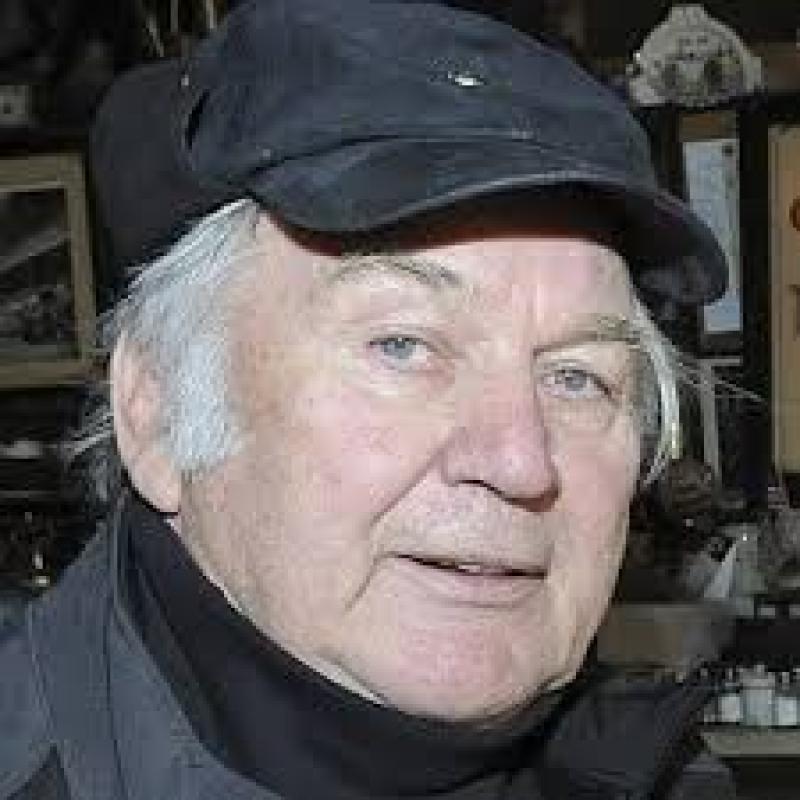 The effervescent Kilkenny man who owned and ran the world famous McSorleys Old Ale House in Manhattan, New York for decades has passed away.

Matty Maher died this morning in a New York city hospital surrounded by his wife Tess and his five daughters.

The accordion playing, fun loving Threecastles man who had a kind word for everyone was revered by Kilkenny exiles and his love of hurling and the GAA was famous. He always came home for the hurling All Ireland and was in Croke Park last August for the final against Tipperary. He made friends easily and never forgot one.

He had a welcome for every person from Ireland and made life easier for many people who came to the US to start a new life or to earn enough to set out on their own.

It was and still is a home from home and a meeting place for Irish people and in particular, Kilkenny people.

And if you were down on your luck, there was always an extra special welcome for you from Matty ans the staff at McSorley's.

It is true that when the last owner of McSorleys before Matty, Harry Kirwan from Lisdowney came home on holiday to Ireland in 1964, his car broke down and that he was picked up on the road by Matty.

Harry promised him a job in New York. Matty went stateside to work as a waiter and bartender at McSorley’s. In 1977, Matty bought the premises from Harry Kirwan's son. 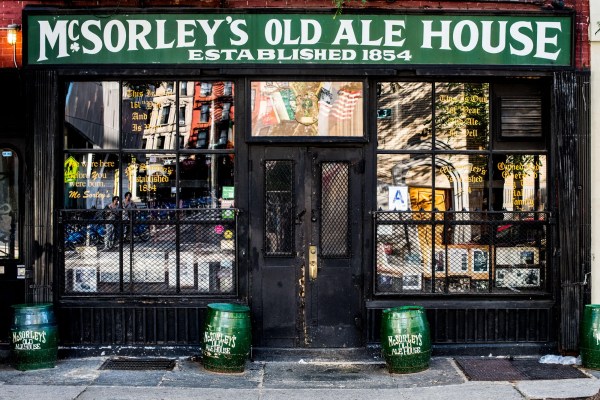 Matty was sick for just three weeks before he passed away. His heartbroken wife Tess from Oldcastle, Co Meath and his loving daughters, Ann Marie, Teresa, Kathy, Adrienne and Maeve were there when he died along with their families.

Perhaps the single greatest novelty of McSorley’s is that it has served one beverage in its 164 year history-Ale! “A rich, wax-color” is how author Joseph Mitchell described the McSorley’s brew in his 1943 book “McSorley’s Wonderful Saloon.” Fidelio Brewery is credited with originating the golden hued libation that McSorley’s is famous for. Unfortunately with the enactment of 18th Amendment — Prohibition, Fidelio was forced out of the beer making business.

With alcohol of any sort outlawed, brewing operations switched to the basement of McSorley’s Old Ale House where it remained business as usual until Prohibition ended. After this dryest chapter in American history the Fidelio Brewery returned as official brewers of McSorley’s Cream Stock Ale. Located on First Avenue and occupying the entire block between 29th and 30th Streets — the Brewery proudly carried huge billboards advertising both McSorley’s Cream Stock Ale and McSorley’s Famous Lager.

The 1940’s brought with it a world war and a new brewer of McSorley’s Ale. Fidelio expanded and changed their name to The Greater New York Brewery Unfortunately it was only a few years before The Greater New York Brewery went into receivership and the McSorley’s account went to the Rheingold Brewery and for the first time in it’s proud history, out of Manhattan and into Brooklyn. Rheingold carried on with the product for more than thirty years before finally closing operations and passing the brand to Schmidt’s Brewers of Philadelphia.

This marked the first time that the Ale was made without New York’s legendary water. In early 1990’s Stroh Brewery purchased the McSorley’s brand and brewed it until being bought by those seminal suds-makers-Pabst Brewing Company. McSorley’s Ale is available to consumers in both kegs and bottles throughout the East and of course at McSorley’s Old Ale House. Where you just might find, it tastes a little different!

1847
Potato Blight begins in the South of Ireland

1854
John McSorley opens up an ale house at 15 East 7th Street in New York City. He calls it “The Old House at Home”

1856
First child Peter, is born to Honora and John McSorley

1861
William J. McSorley born, John’s favorite son and the son who will take the helm of McSorley’s Old Ale house.

1864-65
The building at 15 East 7th Street is improved to become a 5 story tenement. John and family move upstairs over the bar.

1868
Honora McSorley dies at the age of 35, leaving John to care for 3 children.

1875
Bill McSorley is apprenticed in the ways of the Ale House. It becomes his first love.

1882
The play “McSorley’s Inflation” opens at the Theatre Comiqe on Broadway. It features a bar room set, a bar owner named Peter McSorley. It plays over 100 performances.

1888
John and Catherine purchase the building at 15 East 7th Street. They are now landlords.

1905-06
A brief experimental period begins; McSorley’s serves hard liquor along with the ale. The experiment ends as suddenly as it begins. McSorley’s is an Ale house only from this point on.

1908
The sign over the front door falls in a storm. It is replaced by one that reads “McSorley’s Old Time Ale House”. Later the word “Time” is removed.

1910
John McSorley dies in the second floor flat above the bar. He is 83 years old.

1911
Bill McSorley takes over the Ale House. He begins to make it a shrine to his departed father.

1913
John Sloan displays his painting “McSorley’s Bar” at the Armory show. Priced at $500, it does not sell.

1920
Prohibition begins. Beer, ale, wine, liquor and hard cider are illegal. McSorley’s sells what they refer to as Near Beer.

1928
John Sloan paints “McSorley’s Saturday Night.” Everyone seems to have a mug in his hands.

1933
Prohibition ends. McSorley’s is still there. Though many bars now admit women. McSorley’s still goes by their philosophy of “Good Ale, Raw Onions, and No Ladies.”

1936
Bill McSorley sells bar to Daniel O’Connell, a patron and NYC policeman. O’Connell retires from the force to become the first non-McSorley to own the place. He changes little.

1939
Daniel O’Connell dies, leaving his saloon to his daughter, Dorothy O’Connell Kirwan. Patrons fear she will renovate and innovate. She does neither, staying out of the place as she promised her father she would. After some minor management problems, she makes her husband Harry Kirwan the manager. He will be in charge until his death.

1940
New Yorker writer Joseph Mitchell visits the Saloon at 15 East 7th Street. He writes a watershed article, “The Old House at Home” for the New Yorker. A new life begins for the old saloon.

1954
McSorley’s celebrates its 100th anniversary. Women are still not permitted inside, including the owner. She only visits on Sundays after they are closed.

1960
Dorothy and Harry Kirwan’s son Danny begins his apprenticeship at the bar.

1964
While visiting Ireland Harry Kirwan’s car breaks down. He is picked up on the road by Matthew Maher. Harry promises him a job in New York. Matty goes to NY to work as a waiter and bartender at McSorley’s.

1970
McSorley’s under order of the court and law from the city council considers becoming a private club, but relents to the pressure and opens its doors to women. There are no restrooms for the women. Danny Kirwan wants his mother to be the first woman served. She refuses citing the promise she made her father. Predictions of the end of McSorley’s are heard around the world.

1977
Matthew Maher, night manager of McSorley’s buys the place from Danny Kirwan. It is now owned by the third family since opening.