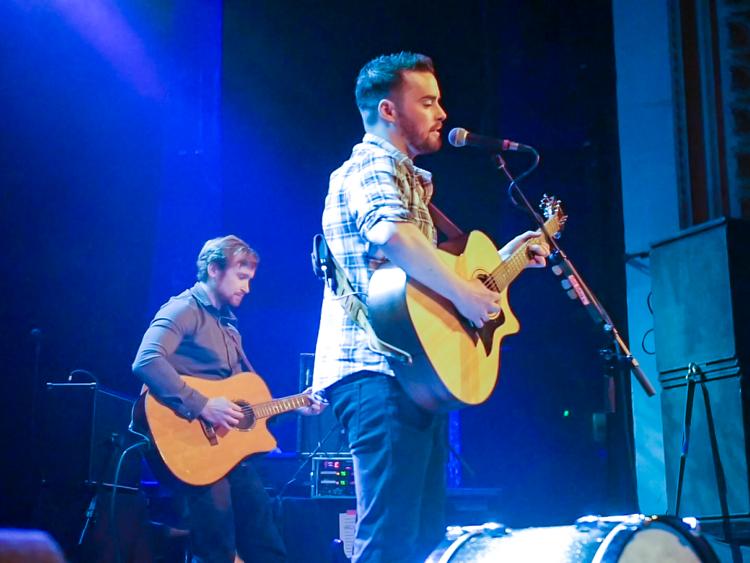 Steve O'Brien and Oh Bryan will support Aslan on Saturday at the Hub, Cillin Hill, Kilkenny

Kilkenny band, Oh Bryan are supporting Aslan in the Hub at Cillin Hill on Saturday. They will go on stage at 8pm doing an acoustic set.

The boys have been on tour with Aslan over the past year playing all over Ireland in places like The Olympia, The INEC Arena and The Wexford Opera House.

"Although we are primarily a rock band we scale down for these Aslan shows playing an acoustic set. We still rock the places as best as we can with the acoustic set and recommend people to some early to check us out. Its also really lets the songs shine and speaks for themselves when stripped back to acoustic," Steve O'Brien of the band said.

Steve and Shane Power are from Kilkenny and have been involved in the music days for years. "We both started off our gigging careers in the ZOO Club which used to be held on Sundays when we were in school. Now based in Dublin we continue to write and release music," Steve added.

Following their last sold out gig in Whelan's in Dublin, Oh Bryan will release their new single soon. Their next single It's Not Easy Will be released on February 12 on all platforms including Spotify, Youtube, Deezer , Apple Music and iTunes.

The single will be available for purchase on iTunes to help support the band. The new single has been quoted as being Sonically on par with Foo Fighters  by famous music producer and engineer Philp Magee (Kodaline, The Academic, The Blizzards, The Script)