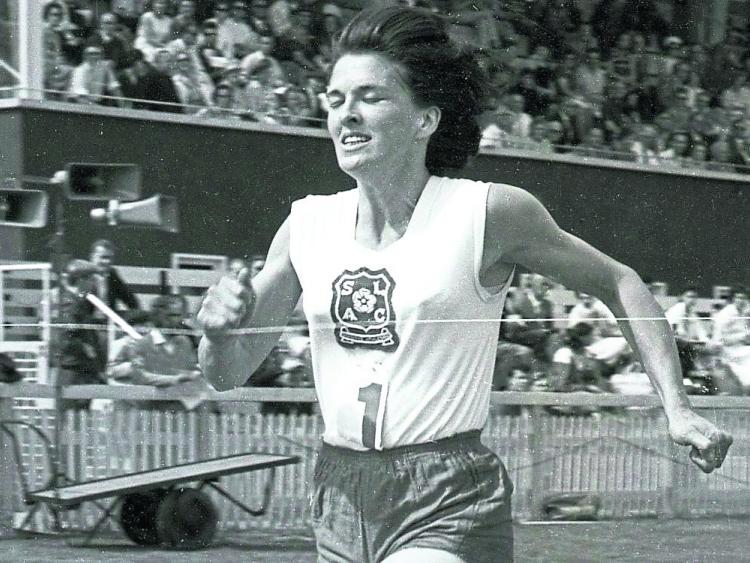 Maeve Kyle, the Kilkenny woman who forged a path for Irish female athletes, is to be recognised by her native city and by An Post.
The 92-year-old will feature on a new stamp to be issued in March.
A wall plaque will also be mounted on the house where she grew up on John Street, Kilkenny.
Local auctioneer, Mr Andy O’Keeffe has kindly agreed to allow a committee, formed to honour Maeve Kyle, to place the plaque at his premises. 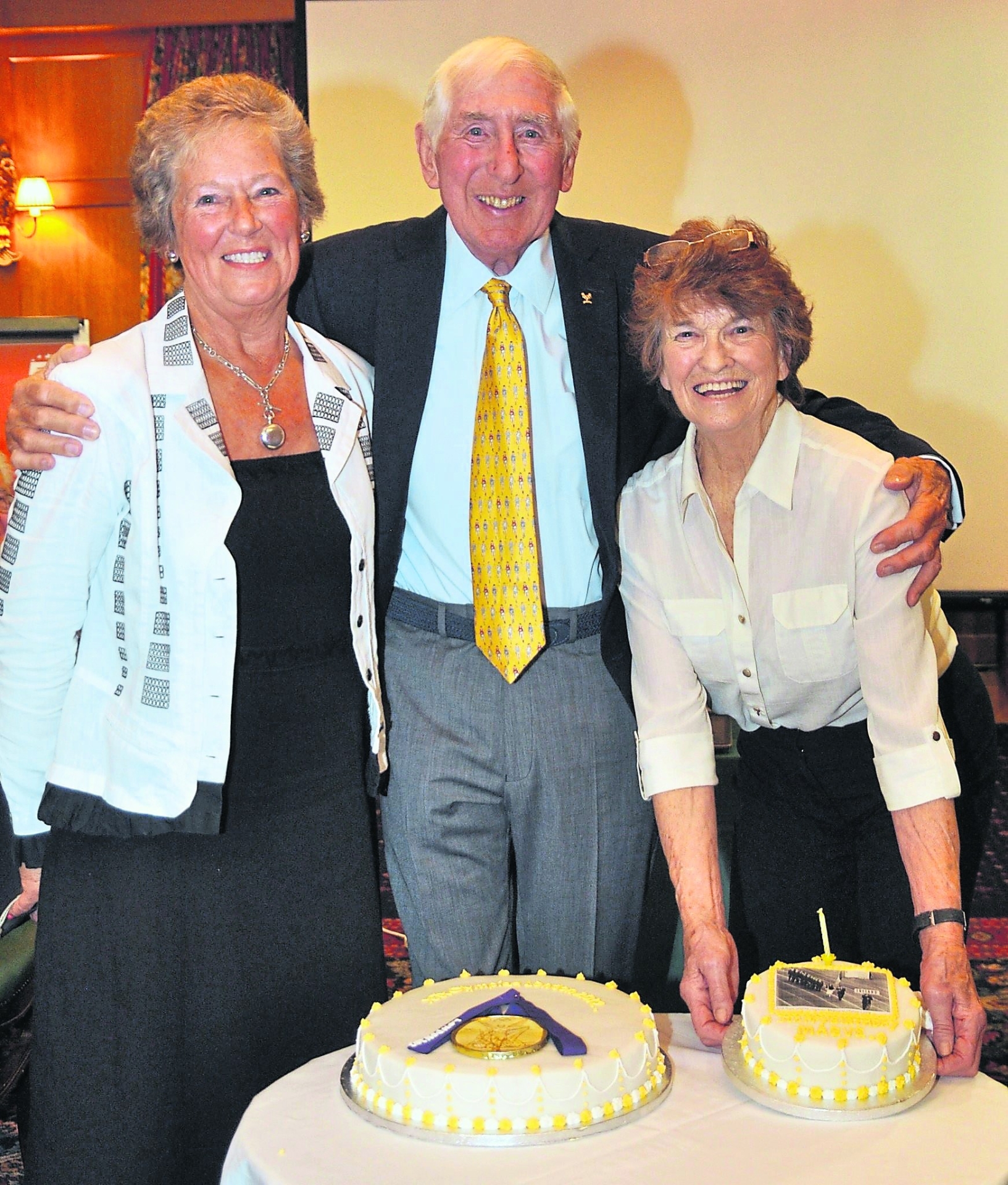 Maeve Kyle was the daughter of the headmaster of Kilkenny College, C.G. Shankey.
The school stood where Kilkenny County Council offices are now and the family had a house at No 13 John Street while also residing in the school as well.

Melbourne
Naturally talented, Maeve Kyle could play any sport, but she had to wait until she was 28 years of age for the opportunity to compete in the Olympics.
Prior to Melbourne in 1956, Ireland had only selected male athletes.
Then she had to wait until 1964 and Tokyo before her best event, the 400m, was an Olympic event for women.
At 37 she won her first major medal, a bronze in the 400m at the 1966 European Indoor Athletics Championships.
She told Athletics Weekly back in 2016 that she felt she was the Irish suffragette of athletics.
“In 1956 I was the first Irishwoman in athletics ever to go the Olympics when the only events for women were 100m, 200m, 80m hurdles, high and long jump, javelin, shot and discus – so nothing on the track over 200m,” she said.
“This was because men thought that women were not capable of running longer distances and that it wouldn’t be nice if they fell down and had to be resuscitated,” she told Stuart Weir of Athletics Weekly.“ I suspect that events like the hammer, triple jump and pole vault were thought to be not healthy for women, but I don’t think at that time there was any medical evidence to prove or disprove it.”
In preparation for Melbourne she trained on the road because she didn’t have a training facility and the grass was too wet.
A sporting all-rounder she gained 58 Irish caps in hockey as well as representing Leinster, Munster and Ulster.
She was named on the hockey World All Star team in 1953 and 1959.
She was also a strong competitor in tennis, swimming, sailing and cricket and has, for decades, coached many athletes on either side of the border. She coached fellow Kilkenny athlete Adrian O’Dwyer, who represented Ireland at the Athens Olympics in 2004.

Honorary degree
In 2006 she was awarded the honorary degree of Doctor of the University (DUniv) from the University of Ulster.
Maeve Kyle was awarded the Lifetime Achievement Award at the 2006 Coaching Awards in London in recognition of her work with athletes at the Ballymena and Antrim Athletics Club.
In 2006 she was one of 10 players who were initially installed into Irish hockey's Hall of Fame.
She was appointed Officer of the Order of the British Empire (OBE) in 2008.
She recalled being in Rome in 1960 for the Olympics and sitting down to eat with a young Cassius Clay (Muhammad Ali).
“He was a lovely guy. But you could feel he had greatness ahead of him. And it is moments like that in your career that always stay with you.”
Plans for the local tribute were led by Keep Kilkenny Beautiful (KKB) volunteer, Elaine Bradshaw, a lifelong friend who played hockey with Maeve. She and former athlete and Senator Mick Lanigan, who is also great pals with Ms Kyle, got together to ensure that there would be some kind of permanent record on the site where the woman who changed Irish athletics grew up.