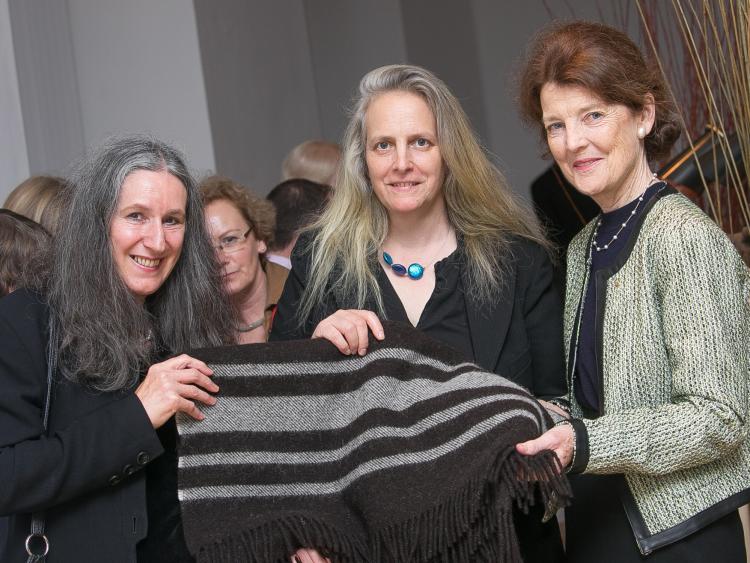 A Kilkenny farmer who has displayed a huge environmental awareness over many years has taken on a new role.
Suzanna Crampton from Bennettsbridge is Farming For Nature’s honorary ambassador for January.
Eight generations of Suzanna’s family have farmed at Bennettsbridge, close to Mosse Pottery.
Her grandfather Hubert Butler was a visionary and one of Ireland’s greatest writers. That sense of justice and equality is in Suzanna’s DNA.
The farm at Maiden Hall is in perfect harmony with the environments. The species-rich meadows and pastures, woodlands, parkland, and numerous stand-alone mature trees, form a haven for local wildlife. She farms 12 acres on which she has 30 ewes and followers. They have access to a mixed sward with 17 different species of grasses alone.
Suzanna practices regenerative agriculture with a rare breed of sheep that is triflective (milk, meat, fleece).
She designs blankets from the wool, winning awards for over the years.
Orchard
Additionally, a decades-old traditional orchard at Maiden Hall provides bountiful fruit and further herb-rich grazing for her sheep, with mature hedges that add even more habitat diversity for native plants, insects and birds.
Suzanna regularly undertakes public engagements speaking to local, national and international audiences about regenerative farming.
Ambassador
Suzanna was nominated in 2019 and awarded the Farming For Nature Honorary Ambassador 2019 role in January 2020 and the organisation was delighted she accepted the role.
The Farming for Nature initiative seeks to acknowledge and support those farmers who farm, or wish to farm, in a way that will improve the natural health of our countryside.
Encouraging farmers to feel that they are part of the solution, not just the problem, is the first step in a long journey which will require a lot of financial and technical support, new partnerships and new visions.