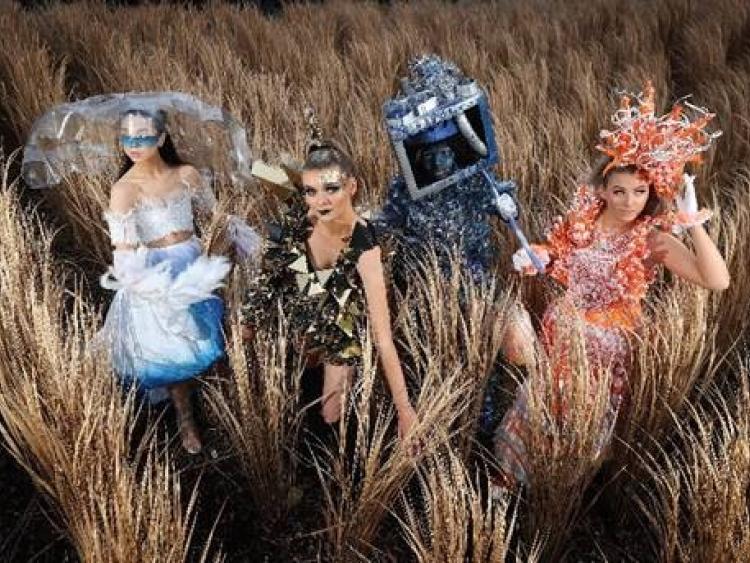 The brand-new partnership is announced as Junk Kouture celebrates its ten-year anniversary.

As the grand finale in the 3Arena on Thursday, April 30 edges closer, the new partnership with RTÉ will see RTÉ 2FM’s podcast queens, Laura Fox and Emma Power, hosts of popular Unlocked with Laura and Emma, present the Junk Kouture regional events and grand finale, while RTÉ 2FM DJ, Tara Stewart will provide the party atmosphere on the night, unleashing her musical prowess on the decks and on stage at 3Arena.

“Junk Kouture enables students all over the country to embrace the principle of sustainable living whilst unleashing their inner creative genius, as they fashion haute couture designs out of trash and discarded materials,” says Dee Forbes, Director-General, RTÉ.

“This partnership with Junk Kouture allows us to keep issues of sustainability and climate consciousness front-of-mind with younger audiences, which is an ongoing focus for us.”

The new partnership will see the introduction of an RTÉ 2FM Junk Kouture Wildcard, where one lucky entrant from each of the five regions will be chosen by Ireland’s national music station to compete alongside 75 other national finalists.

Those teachers and students who unluckily missed out at their regional final will wait with bated breath for that all-important knock on the art room door, as Tara Stewart reveals if they’ll be heading to the 3Arena.

In April, post-primary school students from across the country will once again strut their stuff on the catwalk at the final in their bid for Junk Kouture glory, wearing haute couture outfits made entirely from recycled rubbish.