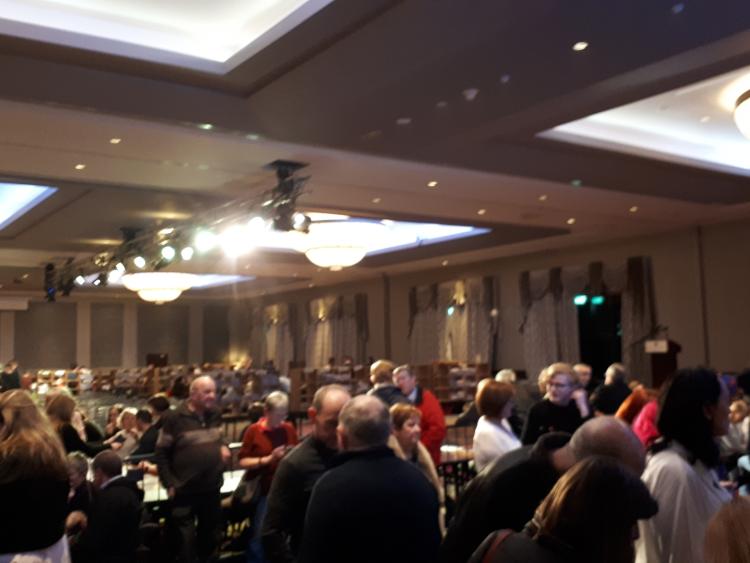 Count 3 is under way at Lyrath Estate Hotel in Kilkenny

No candidate has been elected in the second count in the constituency of Carlow-Kilkenny in the general election this evening.

Sinn Fein Kathleen Funchion was elected in the first count earlier, and her surplus was distributed. PBP/Solidarity's Adrienne Wallace benefited from the bulk of Deputy Funchion's surplus. She took 1,792 votes this time, and as of Count 2, has 3,350 votes.

The next closest candidate to the quota is Fianna Fail TD John McGuinness, who picked up 463 votes this count, for a current total of 11,021. The quota is 12,274.

Second count
The second count was the distribution of Kathleen Funchion's surplus of 5219.

They transferred as follows:

Three candidates have now been eliminated and their second preferences will now be counted: