They think it's all over 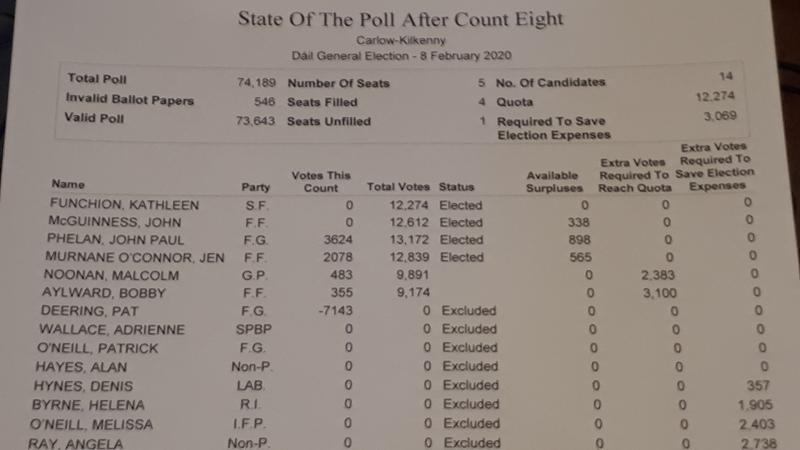 Fine Gael TD John Paul has been re-elected on the eighth count in Carlow-Kilkenny this afternoon, securing his party's only seat in this constituency.

The race is now on for that final seat. It's between Bobby Aylward (FF) and Malcolm Noonan (Green Party).

Both Jennifer Murnane O'Connor and John Paul Phelan have been elected.