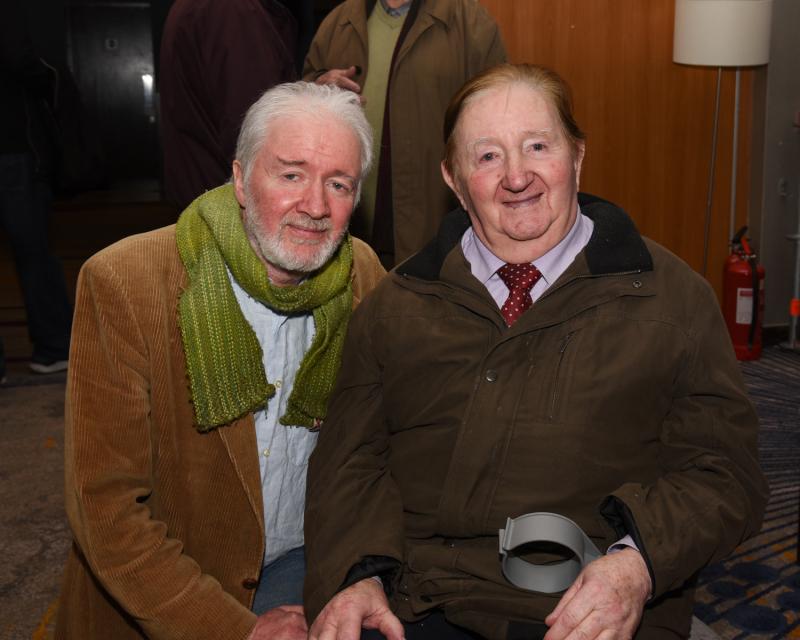 Newly-elected Green Party TD Malcolm Noonan will be meeting his party colleagues this evening to discuss their options and the possibilities around potentially being part of a new Government.

A number of issues are on the table as the various new Dail groupings attempt to find their footing, with all seats now filled.

"We are willing to talk to everybody, but we are only talking to people on our terms," he said, following his stunning election victory to the fifth seat in Carlow-Kilkenny.

"We will meet as a Parliamentary Party in Leinster House. We will sit down and look at the options and our red lines in terms of discussions.

"It's no secret that there have been discussions with the Soc Dems and Labour about some form of an alliance or going in as a bloc to any potential negotiations. But I think we could be looking at a protracted period where the parties trade off with each other - Fianna Fail have now left the door ajar for Sinn Fein, which I don't think they should have stated at the outset of the election they wouldn't go into government because you can't ignore them. They are now the largest party in the country.

"I think it's going to be an interesting few weeks. We need stability - Brexit is by no means resolved, there are lots of issues and lots on the statute book that still needs to be legislated for. So we do need to form a government as soon as we can, but it needs to be a stable government that is going to last the full five years."

Noonan was joined at the count center by family, friends and supporters. As it gradually became clear that sitting Fianna Fail TD Bobby Aylward would struggle to bridge the gap in transfers, the mood switched from apprehension, to 'dare to believe', and then - finally - elation.

"Thrilled. We didn't expect it. We left here yesterday evening thinking there was too much of a gap to make up with Bobby," he told the Kilkenny People.

"But the transfers from Adrienne Wallace were just quite stunning, and that kept us in the race. That's the beauty of the PR system in Ireland. While there are winners and losers, and it's cruel - my heart goes out to Bobby because he's a good friend of mine - we are delighted to have made this breakthrough in Carlow-Kilkenny."

In 2011, the party's TD Mary White crashed out with 2,072 first preferences, a figure which was bettered by about 500 votes by Noonan in 2016. He polled 3,549 also in the 2015 by-election here. On this occasion, his first preferences reached 4,942. What was the difference between this election, and previous ones?

"Perhaps it wasn't the climate election; perhaps it was a social agenda, and I think that's important too - that we take cognisance of that. But there's no doubt we were trying to bring across in our message the issue of climate biodiversity that had to be addressed. I bring across my track record in terms of a local public representative for the last 15 and a half years. I think it was important too we just went on the doorsteps and listened to people, listened to their stories. I think that's what was important.

"Our national standing looking at the exit polls, from Friday 7% gave us a good chance. From the previous time to that, I think we went into 2016 on 2%. So, that was obvious we were going to make gains - it was just a matter of where. But then that massive Sinn Fein surge - wow - who could have seen that? It was incredible. Kathleen got a whopping vote, and congratulations to her."