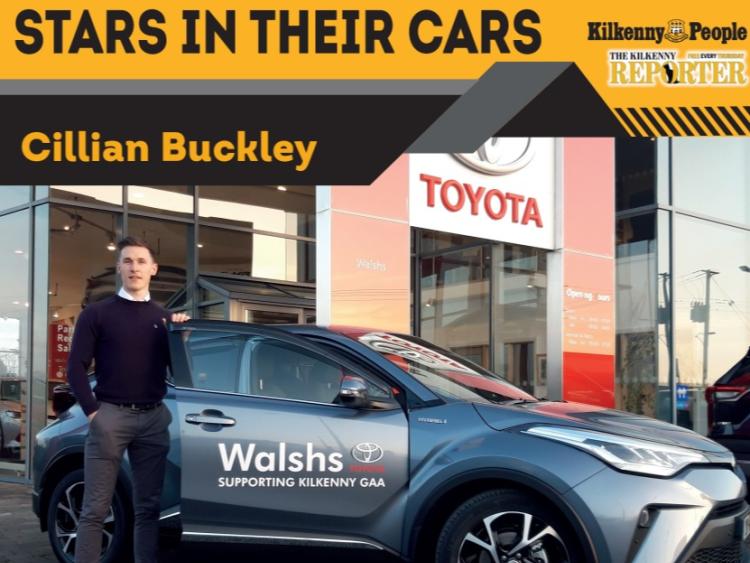 What is your favourite feature of the CHR?
“My new CHR Hybrid Sport has Apple Play so it connects the iPhone maps, music and phone to the touchscreen.
’EV mode automatically switches the car to fully electric power when city driving and it’s practically silent’
Top of the list is the heated seats, a life saver on a frosty morning.”

Who taught you to drive?
“Mam and Dad both played their part. Mam is not a good passenger so would never make a driving
instructor. Dad was the opposite and threw me in at the deep end. On the day of my 17th birthday he had me driving around the bog in Thurles in a Honda Civic overtaking a load of turf.”

What was your first Car?
“A 1997 Silver Honda Civic. It was my dad’s pride and joy and he passed it on to me. It was actually crashed into (by a drunk driver!) when parked roadside a few weeks later. It was replaced by a Citroen C4.”

Would you recommend Toyota Hybrid?
“Definitely. It’s the perfect balance between a powerful drive and an economic engine, without the need to plug it in. All of the new Toyota Hybrids look great, especially the CHR Sport! I’d highly recommend calling into James and his team in
Walshs Toyota for a test drive in a Hybrid….you’ll never look back.”