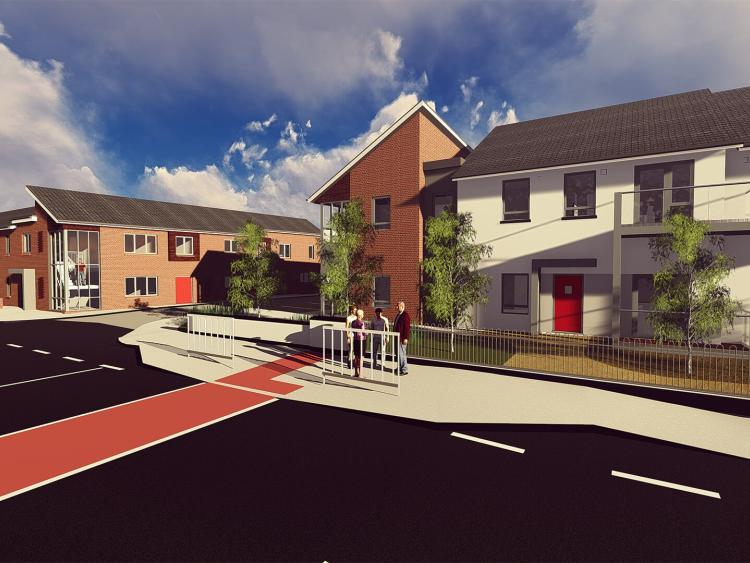 A design of how the units may look: 3D images are illustrative only and are not intended to be an exact replication of what will be built (i.e. brick colours may vary, scale may appear different)

Work is expected to begin shortly on 18 new housing units at the site of the former Brógmaker pub on the Castlecomer Road.

“There was extensive consultation and meetings went on with residents up there — and they have been very productive and positive,” he said.

“Has that level of consultation continued, and when was the last time residents were contacted or consulted about what’s happening on their doorstep?”

‘Fake news’
The Fianna Fail councillor also hit out at what he said had been ‘fake news’ online about the project, and said things had been written that “simply were not true”.

Responding to Cllr McGuinness’ question, director of services for housing Mary Mulholland said the procurement process had been quite complex on the project. She confirmed the council had been in touch with residents on multiple occasions.

“I agree it’s a useful exchange of information on a site that will have an impact on residents,” she said. 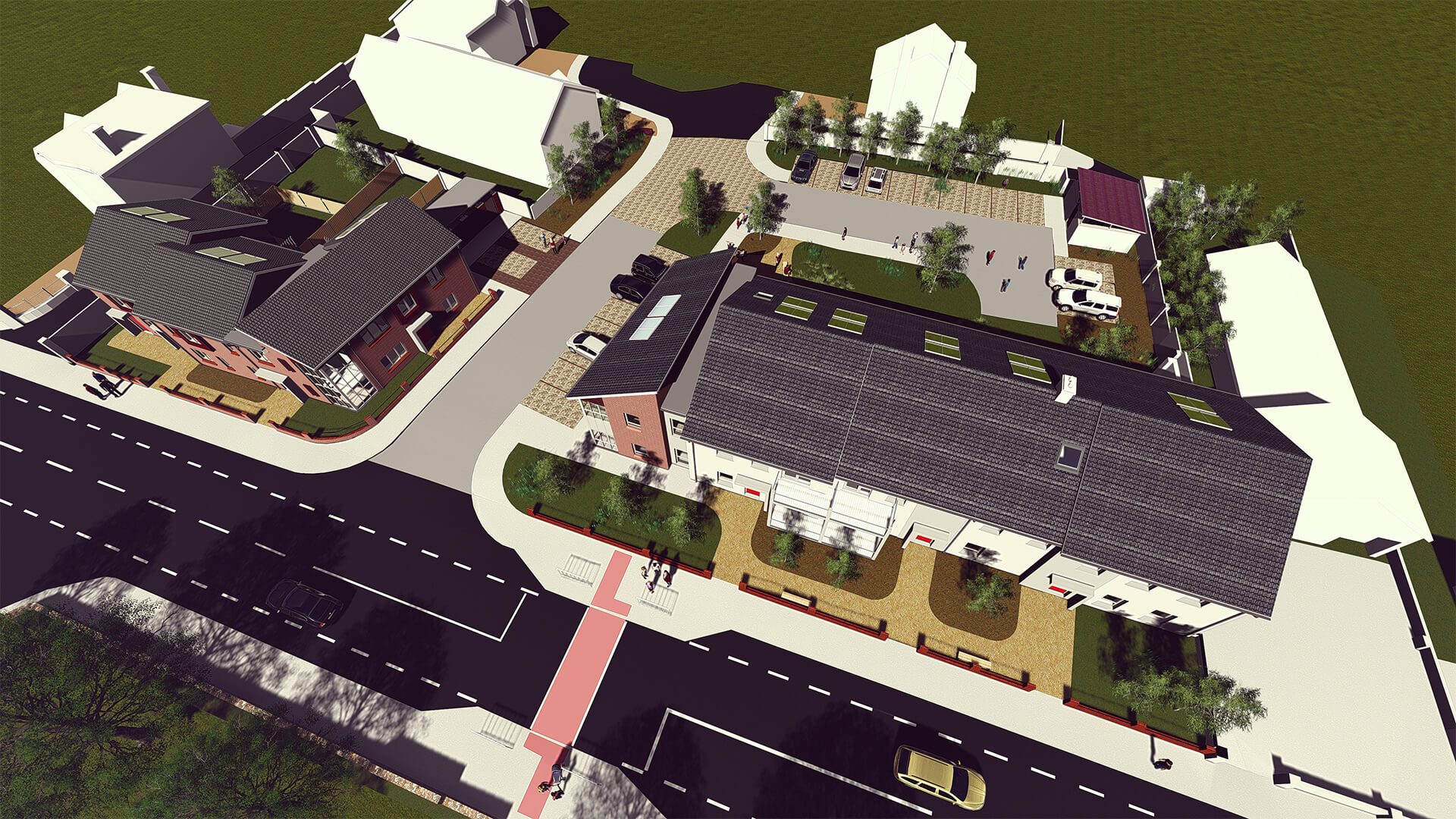 A bird's eye design of how the units may look: 3D images are illustrative only and are not intended to be an exact replication of what will be built (ie brick colours may vary, scale may appear different). Picture: Kilkenny County Council

The 18-unit scheme, agreed in January last year, will be the latest project under way, with Kilkenny County Council exceeding its targets for housing under Rebuilding Ireland last year, by some margin. While the council has said the ongoing situation with the coronavirus may result in delays to delivery of some projects, speaking to the Kilkenny People last week, housing senior executive engineer Eimear Slattery said the 18 units were proceeding as planned.

"As such the project is set to commence as planned, other projects are proceeding as planned also, with appropriate measures being taken on site per HSE advice," she said.