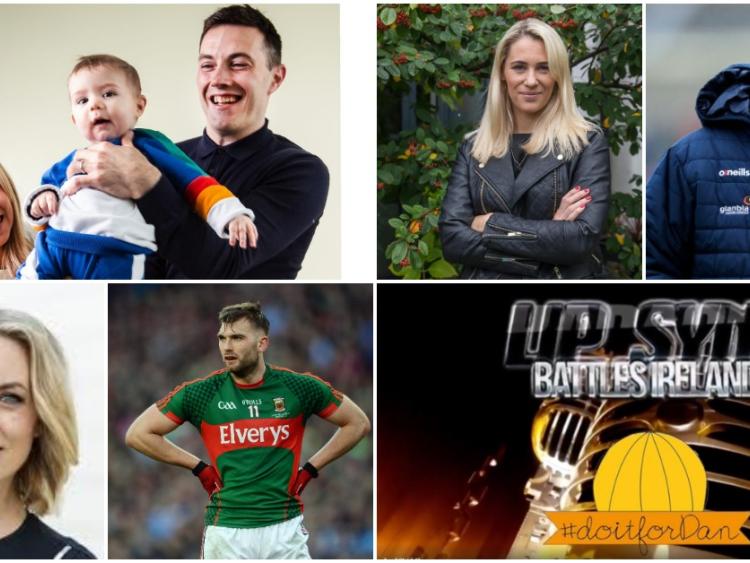 The 'Do it for Dan' campaign have teamed up with Lip Sync Battles Ireland to produce a massive Virtual Lip Sync Battle presented by funnyman Alan Shortt that will go live to the nation this Saturday, April 18, at 8.30pm.

It’s set to be an action-packed twist on the familiar Lip Sync battles which have toured the country, but instead will be streamed live on doitfordan.live in compliance with our less familiar restrictions due to Covid-19.

Lip Sync Battles Ireland have kindly offered their services free of charge for this novel fundraising effort, adding to the huge public support that has gripped the nation in recent months.

Thirteen acts will grace the stage/live stream on the night with a stellar list of performers including big names such as Rory’s Stories, Sir Stevo Timothy & Sinead (AKA Farmer Michael and Kathleen) and Offaly comedian Kieran Corrigan.

Baby Dan Donoher, who celebrated his first birthday just two weeks ago, is the son of Laois GAA Players Niall & Aisling Donoher was diagnosed with a severe type 1 SMA (Spinal Muscular Atrophy) condition in December 2019, which is an extremely rare and progressive illness.

A ground breaking treatment called Zolgensma has now become available in America which costs $2.125 million, making it the most expensive treatment in the world. Zolgensma can be a one-time, life-saving treatment that allows for children with SMA to function in ways unimaginable just a few years ago.

People and families from across the country have submitted their entries for what looks set to be a fantastic night’s entertainment. Revenue for this event will be by way of voting before, during and after the show so be sure to get your votes in. Votes cost €1 per vote cast.

The virtual Lip Sync Battle will be streamed live on doitfordan.live this Saturday, April 18, from 8.30pm.

More details on the event available on Do it for Dan and Lip Sync Battles Ireland Facebook pages.