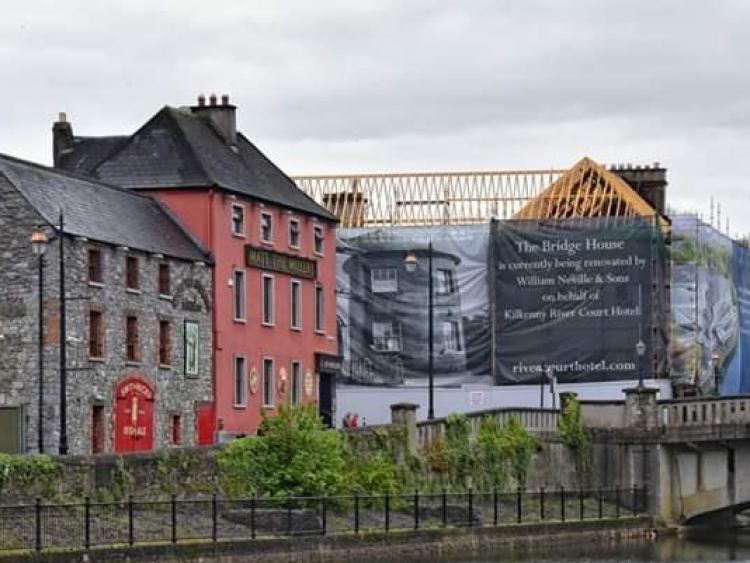 Major new plans are being teed up for the Bridge House building on John Street, with a planning application made to Kilkenny County Council by Neville Hotels.

The iconic period building, a protected structure, was extensively damaged in a fire in 2018. Last year, the roof was replaced.
Neville Hotels, which also owns the Rivercourt Hotel, has now set out its plans to bring the building (88 and 89 John Street) back into use.

The planning application is for a change of layout to include nine bedrooms, two suites, a conference space and breakout space, a gymnasium, holding kitchen and storage spaces.

It is also seeking to demolish a two-storey structure at the rear, and the erection of a two-to-four-storey extension at the rear to include external access steps, toilets, a conservatory/breakout space, internal access stairs and lift, and external ramped disabled access.

The plans also include a new covered canopy link to the Rivercourt Hotel, building mounted signage to John Street and west elevations.

A number of internal alterations to the original structure are also proposed, including the formation of three door openings in existing walls, the widening of existing vehicular entrance and new corbelled arch supports.

There are also plans for conservation works to the structure and fabric, including the dining room ceiling and historic stairs.