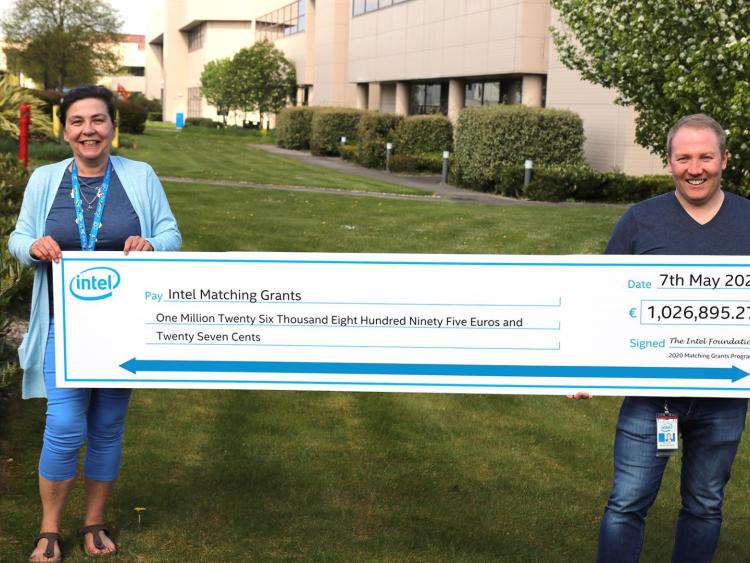 Five local organisations are to benefit from Intel's Matching Grant Scheme and will receive funding in the total amount of €10,846.

On Friday, May 8, Intel celebrated community spirit at its best, by reflecting on its 2019 Matching Grant program which sees 278 community organisations and schools from across Ireland receiving grants which total €1,026,895.

The Kilkenny organisations are:

The Intel Involved Matching Grant Programme encourages Intel employees to engage in outreach and volunteerism in their communities by supporting employees’ giving their time and talent to qualified non–profits organisations and schools. For every hour that is volunteered by an Intel employee, a donation or “match” of $10 is paid from the Intel Foundation directly to the organisation.

The Matching Grant initiative first began in 2008 and this year is the first time ever that the program will see more than €1 million donated to organisations in Ireland, an important milestone for us.

The 278 organisations which were part of the Matching Grant initiative included charities such as Age Action Ireland, Inner City Helping Homeless and the Society of the Vincent De Paul, a variety of sporting clubs ranging from GAA to cycling, and various other organisations such as animal sanctuaries, scouting groups and schools.

The unique nature of this program is that it empowers employees to make a difference not only through their hours but also to reward their organisations with matched funding from the Intel Foundation.

“While the grant, and the impact it can have, is important, what I’m most proud of is what that monetary achievement represents – over 100,000 hours of time given by our employees in the last year," says Eamonn Sinnott, Intel Vice President, Technology and Manufacturing Group and General Manager of Intel in Ireland.

"The grant is the added bonus for the thing that makes the most impact – our precious personal time. Our communities, and our society as a whole, is a better place because of volunteers. I am proud to live in a country that values volunteerism and to work for a company that chooses to celebrate it, and to reward the giving of time by our employees”.