Kilkenny company leading the way back to work 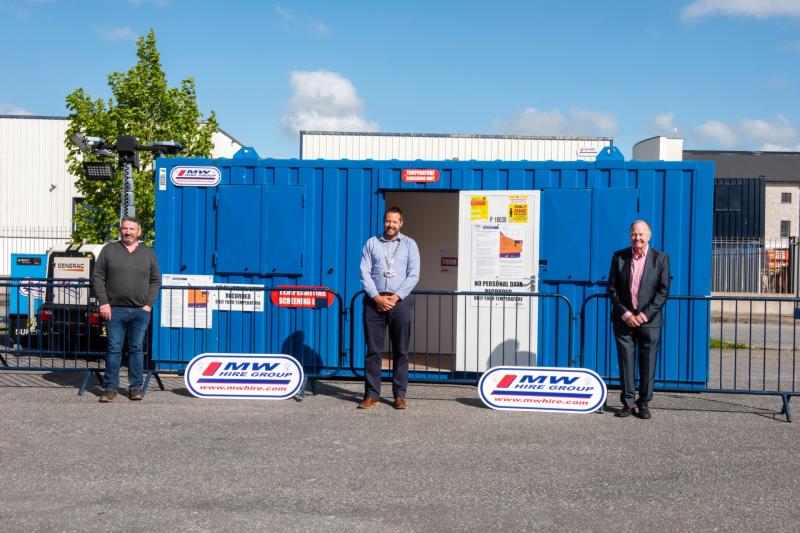 A local company is set to help business and daily life get going again in Ireland, offering temperature-scanning technology on a large scale.

MW Hire Group, headquartered in Urlingford, is well known for its range of equipment including generators, pumps, and construction essentials. But it’s a new device, a skin temperature-screening unit which is being assembled, that may prove critical as the country returns to work.

Owner of MW Hire Group Matty Walsh says there are already ‘a good number’ ready to go, with more on the way.

Under new guidelines, temperature scanning could become the new normal here when entering the workplace and many other venues.

Matty realised that many places were going to be crying out for this kind of equipment in the coming months, but says nowhere else in Ireland seems to be providing it at present.

He had been watching a German news station when the topic of temperature scanning came up. He then spoke to a friend involved in the construction industry in a different country, who reckoned he might have to acquire such a device.

“I looked it up, and said ‘these are going to be mandatory’,” he says.

“With countries that had (cases of the virus) weeks before us — temperature screening is in them now. I looked here and there’s nothing, none.”

It takes only one second. The device does not require stopping or even looking at a monitor, and is non-contact to avoid physical interaction. The units have been constructed with one door so that when the person exits, another can enter, allowing for speedy movement as well as social distance.

If a high temperature is detected, the machine will beep. What’s essential is that a safety officer or designated person is on hand to call the individual to one side, calm them down if needs be, and administer another temperature check for certainty, then advise them.

The units can be rented, but the apparatus can go in anywhere — as long as there is a designated room with a controllable ambient temperature. The units have ‘corridor’ system to allow people to quickly move through whilst observing social distancing.

“This is not reinventing the wheel. The basics of it are straightforward,” says Matty.

“It’s the technology is the key, the rest of it is simple. But the actual screening process itself is going to be critical. It’s going to be here a lot longer than we all think, I’d say.”

Elsewhere, the concept of new apps and other health check processes has raised concerns over personal data. Mr Walsh says one of the big selling points of this for 99% of companies is that it does not affect GDPR: “It is not a recording device — it is solely checking your temperature, period,” he says.

Local councillor Michael McCarthy and Cathaoirleach of Kilkenny County Council Peter ‘Chap’ Cleere have hailed the production of the units as an example of a local company being innovative during a challenging time.

“It’s phenomenal. It’s great to see a North Kilkenny company fighting back and being creative, and adapting to the Covid-19 crisis,” said Cllr Cleere.