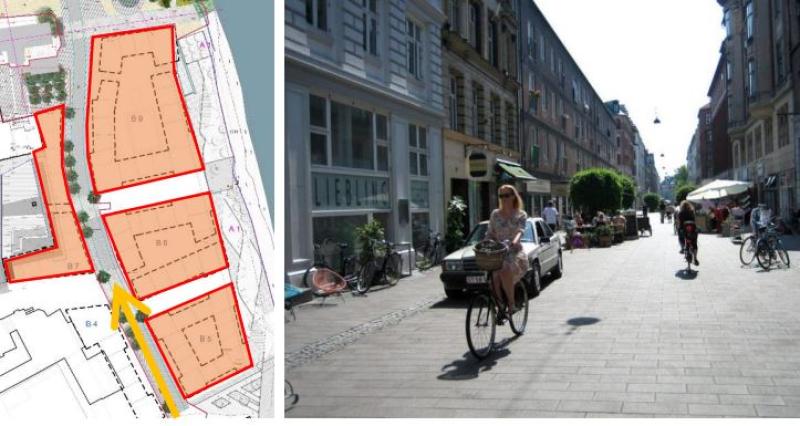 The council says the urban street which runs through the site will discourage vehicular traffic, and prioritise pedestrians and cyclists

Revised completion dates have been suggested for several projects under way on Kilkenny's former brewery site, the Abbey Quarter, due to the suspension of works as a result of Covid-19 restrictions.

The Brewhouse project, on which work was suspended from March 23, but resumed on May 18, is now expected to be completed in the first quarter of next year. Until now, work has largely been focused on the building but is now under way on the public realm areas.

Local councillors were given an update on the various site objectives at the June meeting of Kilkenny County Council in the Watergate Theatre. While some aspects of the Abbey Quarter have been delayed, others are due to commence in the coming weeks.

Works on the riverside garden, which were suspended for more than eight weeks, have resumed, and are expected to be finished in October 2020. As part of this, construction of the new skatepark within the garden is due to start in late August.

Consultation with local skaters and Spraoi Linn is ongoing, with the design of the park agreed in January this year. The large structural pieces are currently being manufactured in Germany.

MAYFAIR
Tender documents have been completed for the Mayfair Library building, and that project is due to be completed in 2021 subject to funding. That includes public realm works around Parliament Street and Horse Barrack Lane.

Councillors have also heard that an application to An Bord Pleanala is imminent for the site’s urban street and park project. The park is to incorporate Evan’s Turret, St Francis’ Well and the city walls. The design of the park has been 'heavily influenced by the archaeology of the area', and will reflect the footprint of the abbey, according to senior engineer with responsibility for the Abbey Quarter, Tony Lauhoff.

Mr Lauhoff also says the new urban street, which is to run through the site, will discourage vehicular use, and prioritise pedestrian and cyclist traffic. There will be limited vehicle access, and the surface material will be all the same natural stone paving with no distinct road and path areas. An application has been made to the Urban Regeneration and Development Fund to fund that aspect of the project.