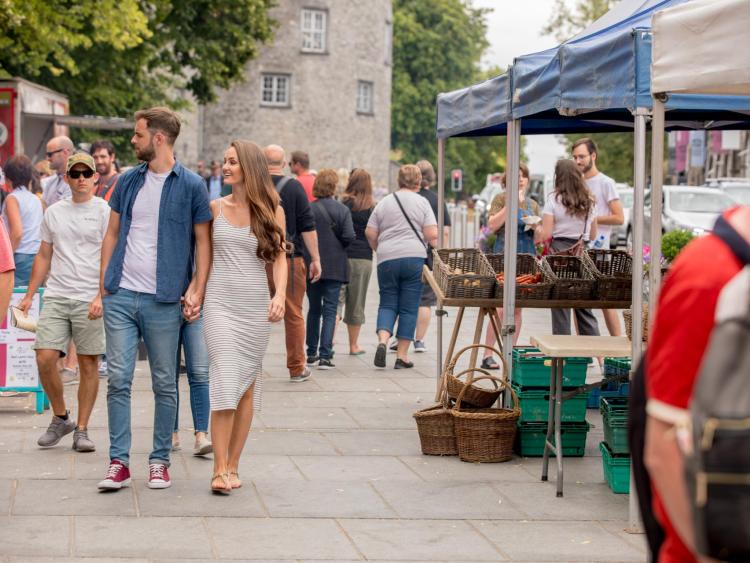 New traders may soon be welcomed into the fold at Kilkenny’s farmer’s market on weekends during the summer months.

The market area is set to be expanded down the Parade in the direction of High Street to allow more space between stalls so that people can properly socially distance when they shop and queue for food.

It follows approval from city councillors on Friday for updates to the Casual Trading Bylaws as part of a response to the challenges presented by Covid-19. At the meeting of Kilkenny City Municipal District, director of services Tim Butler said a number of queries and issues had arisen both from the members and as a result of the pandemic.

The members have also agreed to designate the gravel area of the Mayor’s Walk – along the castle garden wall – for local artists to display their work. This would happen at weekends between June and August and/or during certain festivals such as the Arts Festival period.

The casual trading area, which currently extends to the area just below the kiosk, is to be expanded down much closer to the bicycle rack. This will allow traders and customers to comply with social distancing guidelines.

Another measure would be to allow for casual trading on Saturdays and Sundays during June, July and August. The item received a formal proposal from Cllr David Fitzgerald, while Cllr Martin Brett seconded it.

Mr Butler also revealed there are around 20 applications from traders who have not been able to be facilitated under the existing circumstances, and the council intends to contact them to see if the weekend trading might suit.

There will be a license fee, which currently stands at €400 per annum for food and €320 for crafts. As the weekend slot will be a three-month deal, it is expected the license fee will be 25%, ie €100.