Covid caused delays, and some workers reportedly withdrew from site - but council says work has resumed there 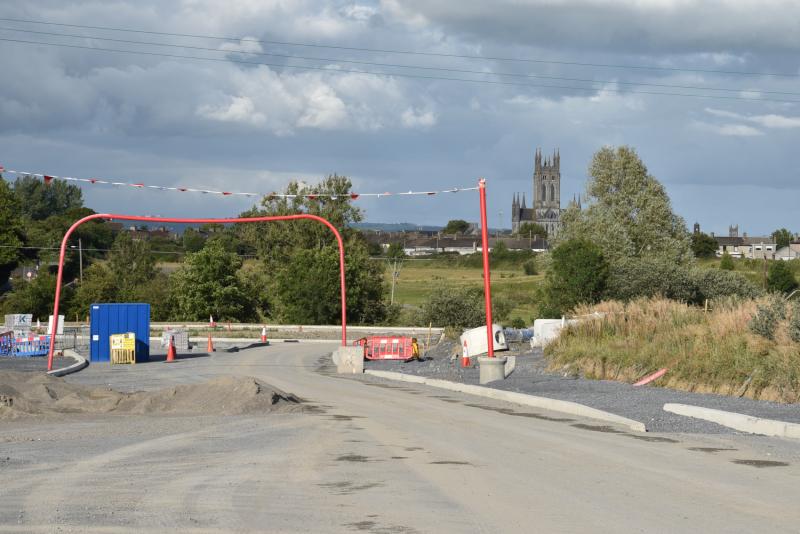 The western environs construction project, 'Breagagh Valley', in Kilkenny City is facing significant completion delays as a result of the Covid break, and some workers reportedly withdrawing from the site.

Cllr David Fitzgerald says the whole project stalled as construction stopped on site, and while the project was due to finish in September, there's no prospect of that happening. The council meanwhile has said that substantial work has resumed on site this week, and the temporary cessation of work due to Covid-19 has been the source of the delay.

The road, which is to run from the Callan Road to the Ballycallan Road, is part-funded by the Department of the Environment under LIHAF, to the tune of €6.5 million, with a matched figure from the council. Its objective is to open up land for thousands of houses and two new schools on the western side of the city.

There was an eight-week Covid break in works, but it has not been the only issue, according to Cllr Fitzgerald. He says some sub-contractors stopped working due to a dispute between builders. Following the Covid break, work resumed for a number of weeks. Then an issue arose.

"They stopped to a degree where one contractor removed his portacabin and equipment. They stopped and withdrew off-site entirely," said the Fine Gael councillor.

He is seeking to know a new definitive completion date.

"I am calling for answers for the residents in that area who are living in the middle of a building site," he said.

"They are entitled to know when this scheme is going to be finished. And the residents of Old Callan Road, Dominic Street and Stephen Street are entitled to know when the traffic will return to normal. They have an excess volume of traffic at the moment due to the fact that the Circular Road is closed. So there are a lot of communities directly affected by this - on top of the fact that all the housing in that area is now on hold."

Responding to enquiries from the Kilkenny People, council director of services Tim Butler said he understood work has resumed on the site. The Covid break is the source of issue, and would result in a revised completion date in any case.

"We would be working with the contractor there, and obviously they would have sub-contractors working for them as well," he said.

"I suppose as with anyone when they stop for seven weeks, it is difficult enough to start back up again, but I understand they are back up working now. We are waiting for a programme from them."

He said that contractually, he was unable to comment further on that, but 'certainly there is a lot more movement on site this week'.

REVISED COMPLETION
Mr Butler confirmed there would be a revised completion date, and it would also be informed by the weather, because obviously the drier spring-summer months are most ideal for working conditions

"They've missed out on a quite a good period there from the end of March into the end of June, so that is the time you would get a great amount of work done," he said.