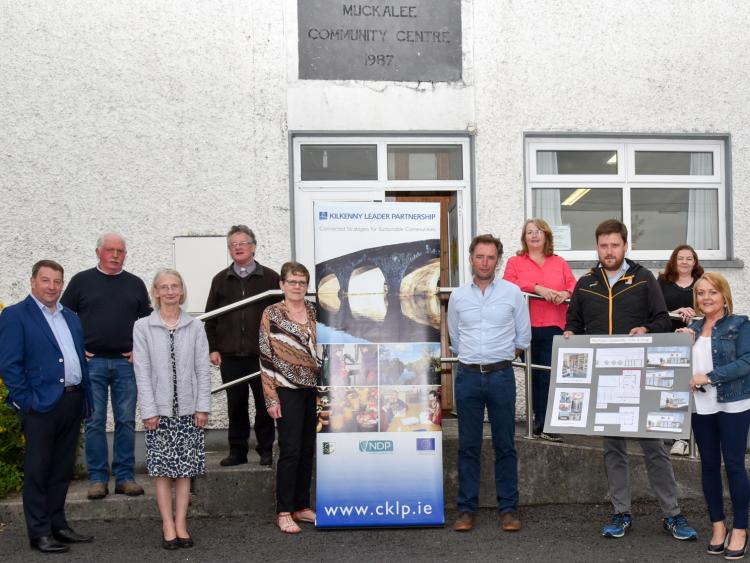 The North Kilkenny community of Muckalee has received a welcome boost, with plans for a new community centre that will transform the area.

Planning permission has been granted for the extension of the building, which will incorporate a shop and café and also includes major internal refurbishment to upgrade the building to current health and safety standards with easy access for all ages.

Chairperson Ger Murphy says he is delighted to be part of the project, having been on board the original committee, the community centre. The idea of the community centre was originally put into action by the late Father Martin Ryan, who brought together a large group of local volunteers to fundraise and build,

"The project is clear evidence that our community continues to grow and expand on the solid foundations that were laid by past generations," he said.

"I very much look forward to seeing the project come to fruition. Community was never more important in our society as the last three months have shown. This development will further harness the great local community spirit in our locality."

The site was very kindly donated to the community by Gerald Comerford. Fr Martin would constantly recall that at the time, there was economic recession across Ireland, with no work available.

“This led to a doom and gloom in the hearts and minds of people. At the opening of the community centre there were happy faces. There was a wonderful positive attitude in the community.”

The building was officially opened in 1987 by RTE’s Mick Dunne, and blessed by the late Canon Loughrey.

There’s no doubt that the community centre has been a great asset to the people of Muckalee and the surrounding area for the past three decades. Its central location puts it at the heart of daily activities for people of all ages, and the aim now is to secure its future and build on its value for now and for generations to come.

It has played a key role in combating social isolation — an increasing problem in rural communities today.

It has also been a significant advantage to have had many of the original committee still involved, including Billy Murphy, Ger Murphy, Mary Kelly and Maura Tynan.

“Now, more than ever, in this current climate, we as a community realise the importance and need for a local shop and community hub as a centre point to the village,” says Ms Tynan.

“This extension will bring a new lease of life to the local community providing essential daily groceries, accompanied by a café and much-needed social function to the village. It will provide an essential village hub with wifi facilities, where all ages of our community can meet and benefit from the social aspect. I look forward to the b buzz and excitement of working with this committee so together we can all make this happen.”

There has also been great buy-in from the local community so far. Principal of Muckalee National School Kevin Cummins is delighted. The school is directly across from the proposed site, and will be an asset for the parents, pupils and staff. Likewise for the local creche.

Father Larry Wallace PP has also expressed his support, saying it will give a tremendous boost to the locality and lauding the committee for their hard work to bring the community together and enhance the parish. 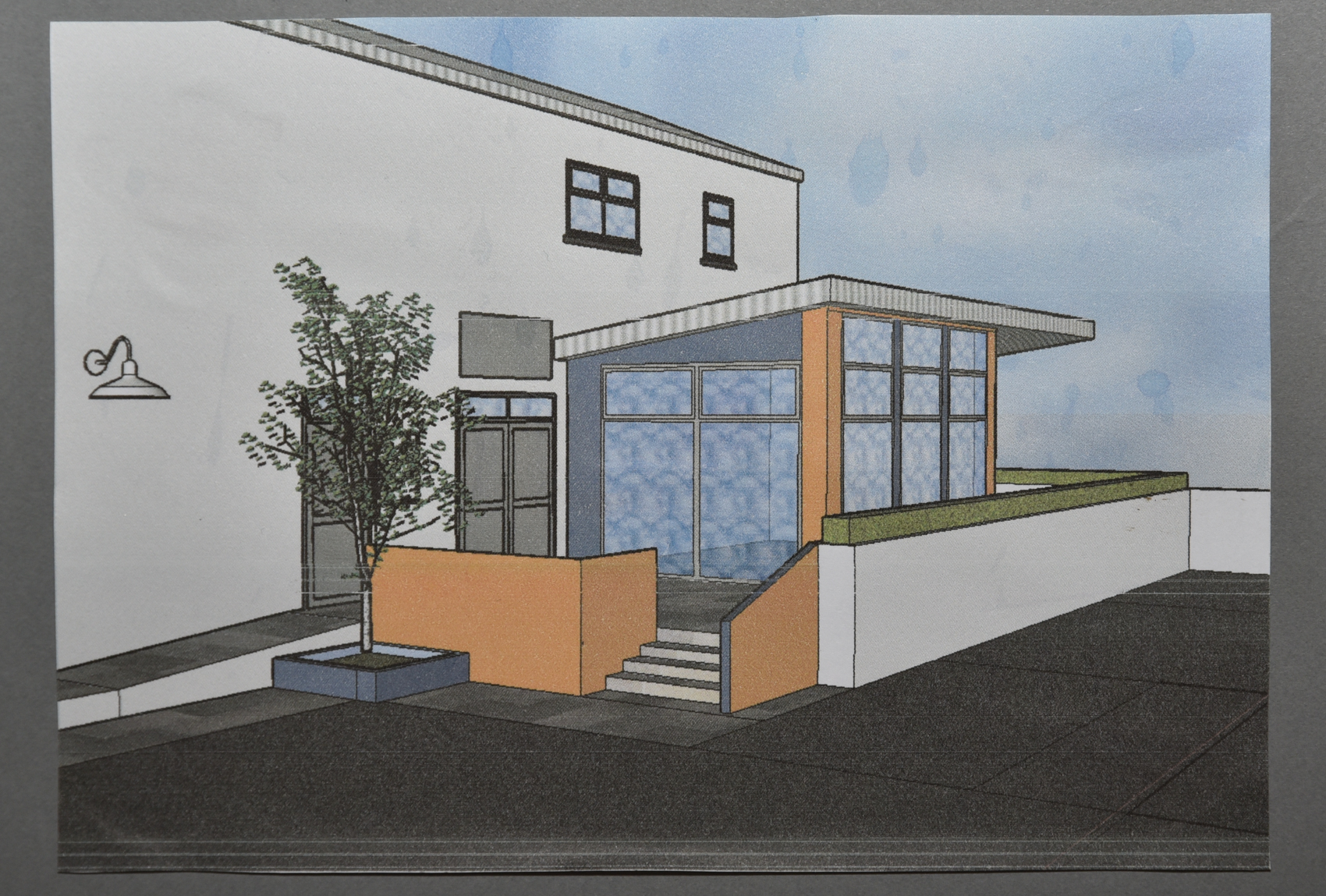 A drawing of the proposed project

Conor Cleere of Kilkenny LEADER said the dramatic weakening and predicted demise of the traditional soci0-economic model of rural Ireland society was starkly illustrated by the closure of local shops.

“These shops were once central to the vibrancy of villages and their hinterlands,” he said.“This is evident throughout the country. The closure of most of these local shops are as a direct result of consumer demand for cheaper, more convenient goods being met by larger retail bodies in towns and cities, thereby reducing the viability and necessity for the local shop.”

Mr Cleere said this was resulting in the loss of the vibrancy of these villages.

“It also removes the availability of basic goods from some of society’s most vulnerable groups, often older people living in isolated rural areas, that were largely dependent on these small shops to provide the very basic of daily needs,” he said.

“In addition to the lack of choice, convenience and extra cost, the loss of the local shop also leads to social exclusion. For many living alone these shops provided a valuable point of social interaction.

It provided human contact without the need to travel to busier large towns, and also mean that local knowledge could identify when something was wrong. For example, when an older person wasn’t seen, concerned neighbours could be alerted to check in.”

Mr Cleere acknowledged that some larger retailers provide a delivery service, but this does not suit everyone. It may depend on access and familiarity with the internet, or minimum spending requirements.

“In order to combat some of the issues highlighted above, some rural communities that have decided there is aplace for community-run shops that can provide the basic necessities as well as the provision of a social hub where rural isolation can be addressed,” said Mr Cleere.

“Through rural regeneration funding and other initiatives, Kilkenny Leader Partnership (KLP) has under taken a role in assisting these communities nourish and develop these ideas into vibrant establishments where social inclusion is at the forefront and can be enjoyed and utilised by all age groups. Several of these facilities have gained national recognition for their endeavours combating rural decline, while others work quietly to achieve a similar gain. Examples of such community initiatives in Kilkenny include Billy’s Tearooms in Ballyhale and Lakeside in Windgap. Other communities are currently in the early stages of developing similar facilities.”

The project has the backing of Kilkenny Leader Parternship and the council, but the local community will need to row in behind it if it is to be realised. The plan is to extend the community centre building to provide a shop and café. The plans also include an internal refurbishment and upgrading of the existing building to bring it up to the current health and safety standards, with access for all ages and abilities.

A substantial contribution towards the cost of the building has already been provisionally approved by KLP. However, there will be a significant shortfall which will be made up from local contributions.

Members of the committee will visit households in the coming days and weeks, with an envelope which will be collected a week later and opened at a committe meeting. The hope is that this will provide an essential village hub with wifi facilities where all ages of the community can meet and benefit from the social aspect.