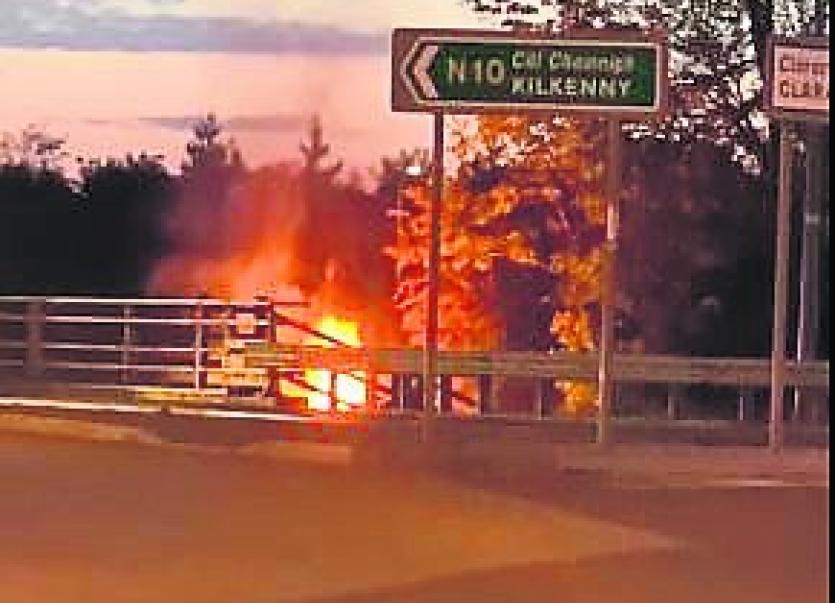 Three of the four council-operated CCTV cameras covering the Hebron Road area of Kilkenny City are currently out of action, it has emerged.

The matter came to light at Friday’s meeting of the Kilkenny City Municipal District, when Cllr Eugene McGuinness said the burning of rubbish continued to be a problem in the area.

"With the cameras we've installed – I've yet to see anyone being prosecuted," he said.

The independent councillor asked how many cameras were on the Hebron Road, who controls them, and if they were working.

“We should really get a handle on this now,” he told the meeting.

Cllr Andrew McGuinness said at during a Joint Policing Committee discussion it had been revealed that three cameras there weren't working at present, and he wanted to know when they would be fixed.

Council director of services Tim Butler confirmed there were four cameras in the area operated by the local authority, and three of them are not currently working.

“Three need to be repaired and repaired fairly quickly,” he said.

Mr Butler said this does not come under the €400,000 scheme approved between the council and gardaí last year for a new network of CCTV. However, once they are repaired, the gardaí will take over their monitoring. He said he did not have a date as to when this would be done.

Cllr Andrew McGuinness called for it to happen soon, as there were ongoing reports of anti-social behaviour, vandalism and illegal dumping in St Kieran’s Cemetery, and animal cruelty. He recounted one incident he witnessed recently in which a dog was dragged along the road by a youth on a bike, which he said might have been captured by cameras had they been operational.

He suggested that one of the council environment section’s mobile CCTV units might be temporarily deployed to ensure a level of security is maintained in the area.