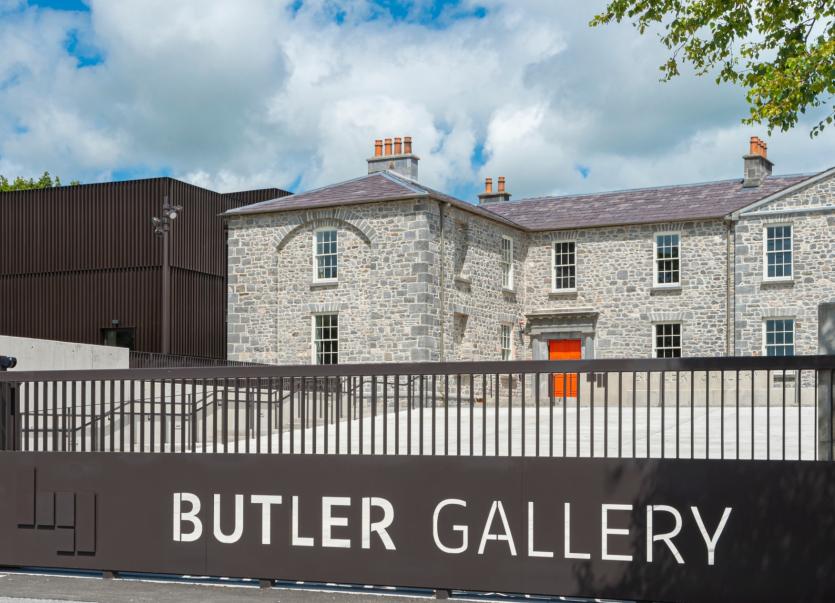 A new art museum and cultural heritage site will open to the public in Kilkenny on Friday (August 7).

Butler Gallery, previously located at Kilkenny Castle, has moved to Evans’ Home, on John’s Quay, in the centre of Kilkenny City. The move is part of a €6 million redevelopment project of the historic site and represents a significant new tourist offering for Ireland’s Southeast. A wing of the museum is dedicated to the work of renowned Kilkenny artists Tony and Jane O’Malley.

The 10,000 square feet building contains seven collection galleries which will be used to display the Butler Gallery Collection of 20th-century Irish art. In addition, there is a large exhibition space that will feature temporary exhibitions of contemporary art. The museum sits on the monastic site of St John’s Priory and is surrounded by walled gardens which have been repurposed to accommodate an outdoor sculpture garden, a children’s garden, a wildflower garden and an exposition of the site's archaeology. A café with outdoor seating provides views over St John’s Priory.

Anna O’Sullivan, Butler Gallery Director, believes the new facility will play a central role in the cultural life of the city:

“The historic site at Evans’ home has been re-imagined with world-class facilities as a space for contemporary art and learning. In addition to being a major free tourist attraction for Ireland’s Southeast, the museum will become an important cultural hub for the people of Kilkenny.”

“The opening of the newly repurposed Evans’ Home, bringing a new life to an old building, marks another milestone in Kilkenny County Council’s investment in our heritage. The Council continues to lead by example in the protection and repurposing of our heritage assets.”

“I am extremely proud of the standard of restoration projects that are provided in Kilkenny to visitors interested in understanding Kilkenny’s rich medieval history. The elected members of Kilkenny County Council can take additional pride in having supported and part-funded this project and to welcome this new addition to Ireland’s Medieval Mile.”

Evans' Home was a 19th Century almshouse established in trust by philanthropist Joseph Evans in 1816 for the purpose of providing a home for out-of-work domestic servants. Commenting on the opening of the site to the public, Cllr. John Coonan, Mayor of Kilkenny Municipal District remarked:

“Kilkenny is renowned as a location where Arts and Crafts flourish. It gives me great pleasure in my year as Mayor to see this heritage site which has been largely hidden from view opened up as a high-quality conservation project and the new home of the Butler Gallery. It is an exceptional achievement and congratulations to all involved and I wish Butler Gallery every good wish in its new home.”

The inaugural temporary exhibition in the main gallery is by contemporary photographer Amelia Stein. The exhibition titled “The Bloods” is in association with the Kilkenny Arts Festival and features a series of 58 black and white portraits documenting members of the Irish defence forces based at James Stephens Barracks in Kilkenny. Also on display is the Butler Gallery Collection of important Irish Art including rarely seen works by Paul Henry, Louis le Brocquy, Mainie Jellett and Mary Swanzy.