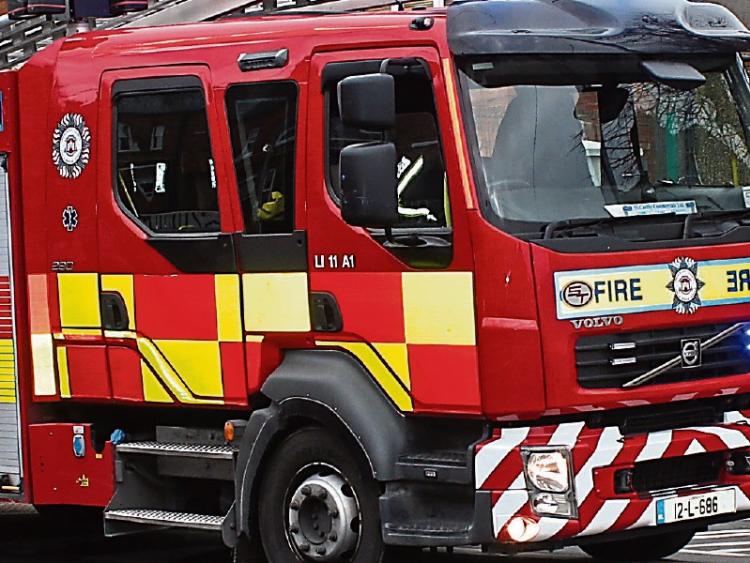 Gardaí in Kilkenny are investigating an incident in which a €30,000 Covid isolation facility was totally destroyed in a large fire in the Wetlands area.

The unit was situated in the middle of the St Catherine’s housing scheme, which has large families living there, since the spring. Put in place by Kilkenny County Council, its purpose was to protect the residents in the event of Covid-19 infection or suspected infection at the site.

However, a large fire tore through the demountable unit on Saturday night, which was unoccupied at the time. Nobody was hurt in the blaze, but emergency services were called to the scene. Fire walls successfully prevented the spread of the flames to nearby occupied dwellings, but the isolation facility itself was completely destroyed.

Local councillor Joe Malone says it’s lucky no one was hurt, and the incident could have been a lot worse had somebody been residing in the unit. He has expressed serious concerns over what happened, and the resulting cost and damage to property.

Serious Challenges
A senior council official confirmed to Cllr Malone, who is chair of Kilkenny’s housing committee, that the destruction of the unit was ‘extremely disappointing’. It is expected to result in ‘serious challenges’ in the management of any potential Covid-19 outbreak on the St Catherine’s site in the coming weeks or months.

Gardaí have confirmed they are investigating the incident. Cllr Malone say he hopes the investigation would establish the cause of the fire, and that whatever measures are appropriate could then be taken.

The fully fitted out isolation unit cost approximately €30,000. It allows individuals to self isolate and protect other residents in this community, and was put in place as part of the council’s emergency Covid-19 response.