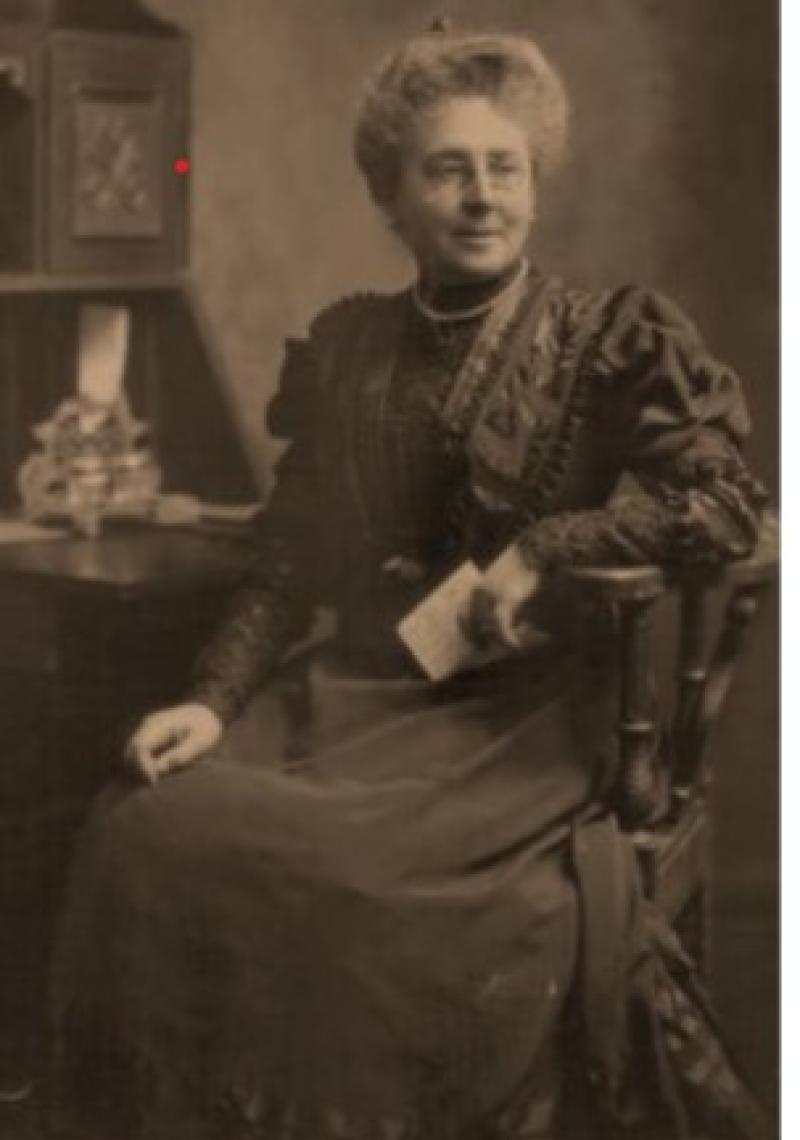 Local historian Gabriel Murray has written a book titled, The Countess of Desart, also known locally as ‘Lady Desart’.
It has been published by Dun Emer Press.

The book is over five hundred pages long, and includes over two hundred rare photos. The book concerns the Countess’ involvement with philanthropy and charities in Kilkenny and a wider European context. The book expands on a story that has had little published research to date.
Kilkenny Corporation named a bridge in her name in 2014. There is also a major choir in Cuffesgrange named after her. Recently Ballykeefe distillery named a gin in her name.
The Countess of Desart (Ellen Odette Cuffe, née Bischoffsheim,1857–1933); made an enormous impact on Kilkenny society on her arrival here in 1881. She was born in London into am important Jewish family. She obtained the title when she married novelist William Cuffe, Earl of Desart, from Cuffesgrange. She was the daughter of Henri Louis Bischoffsheim, a wealthy Jewish banker of German origin. He was partly responsible for founding three of the largest banks in the world, i.e. Deutsche Bank, Paribas Bank, and Société Generale.
She founded and funded Kilkenny Theatre, Kilkenny Library, Aut Even Hospital, Talbot’s Inch housing, Kilkenny Woodworkers and Kilkenny Woollen Mills. She championed worker’s rights privately and in government. She was also involved in various charities and social reformers with the Butler family; notably the Marchioness of Ormonde and Lady Constance and Beatrice Butler.
She was a member of over eighty charitable committees and institutions. She was president of the Gaelic League and reviver of the art’s and craft’s movement in Ireland. She was also president of the Industrial Society in Ireland.
The Countess was president of the Women’s Committee of the Jewish Temporary Shelter in London and directly involved in the rescue of over 150,000 Russian Jews from Tzarist Russia, before the borders of England closed, with the enforcement of the Aliens Act in 1906.
Her mother’s family the Bidermanns, were victims of the Nazis in Vienna. Her grandfather Michael Lazar Bidermann, was court jeweller to the emperor of Austria. He saved the starving population in the famine, in Vienna, in 1816; by donating a large amount of money. The only surviving synagogue in Vienna was funded by him. The family lost all their properties and possessions in 1938, when Austria was annexed by Germany. Many of her cousins in Paris died in Auschwitz.
She was appointed by the new Irish Free State government as a senator in Seanad Eireann as an independent member in 1922, and served there until her death in 1933. The Mayor of Kilkenny John (Jack) Mac Guinness gave a eulogy on behalf of Kilkenny Corporation.
Hundreds of members of the Kilkenny community walked behind her horse drawn hearse; that made the route from her house in Waterloo road, to Dun Laoghire harbour. She was buried in Falmouth in Cornwall, beside her husband.
The author, Gabriel Murray has researched this book for over twenty years, accessing archives in Ireland, England, France and Austria, to complete his research. The Countess is regarded as the most important Jewish woman in Irish history.
This book finally places her life in a historical context, and adds significantly to the cultural history of Kilkenny city. This is the first biography to be published on her life, philanthropy and great works. It is an important contribution to the historical heritage of Kilkenny.
The Countess of Desart; is available on Amazon.co.uk and in local bookshops.