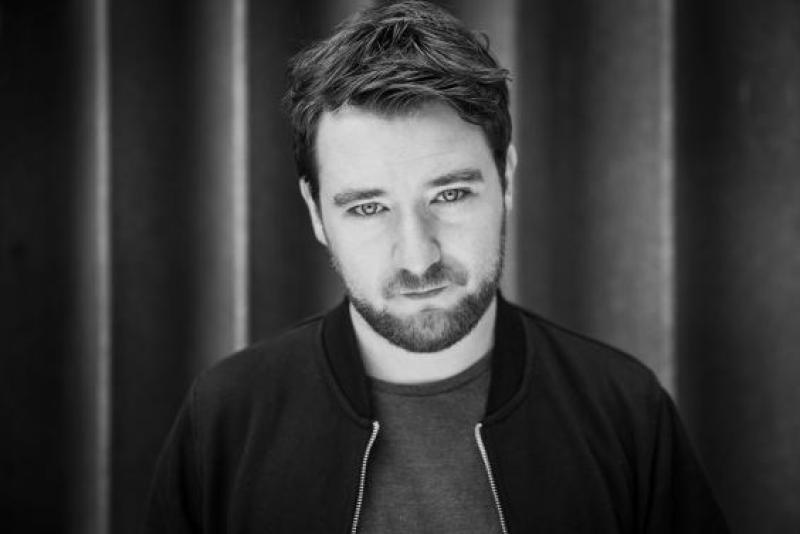 A play by Kilkenny writer John Morton, has been shortlisted for the 2020 Popcorn Award for new plays.
A Lyric Theatre commission, and a co-production with the Traverse Theatre, this new play was scheduled to premiere at the cancelled Edinburgh Fringe and play for one week on the Main Stage at the Lyric.
‘Denouement’ by John Morton is one of eight plays shortlisted out of 133 eligible plays that were due to premiere at this year’s festival.
The play is about a couple in their 60's who live in a farmhouse by Mount Leinster in the last hour before the world ends as they try and tie up the loose ends of their lives.
It was originally performed as a one act for What's On Tom in the Watergate Theatre in August 2010.
‘Denouement’ was supposed to be on stage this month at the Edinburgh Festival in a co-production from the Lyric Theatre in Belfast and Traverse in Scotland but the performance was cancelled due to Covid-19.
“It's great encouragement to get this nomination for the play and hopefully we can get the full production on stage somewhere down the line.
“We'll be recording a version for radio next week at the Lyric so people will get a chance to hear that at least, hopefully by the end of August,” said a delighted John Morton.
Literary Manager, Rebecca Mairs, said:
“John submitted Denouement for our inaugural New Playwrights Programme and we commissioned it straight away. It simply popped off the page and we could tell immediately that John was a uniquely talented, original, and dynamic writer that we just had to work with. I’ve loved working on this superb play and we’re absolutely over the moon that John and his work are getting the recognition they richly deserve.”
The prize fund for the Popcorn award has doubled this year to £5,000 .
Charlotte Colbert and Jessica Malik of Popcorn Group said:
“We believe in the bold and adventurous spirit of the Edinburgh Fringe and although it has been cancelled this year, we wanted to help to find a way to keep its spirit alive.
“The standard of work entered this year was incredibly high and if this process is indicative of the quality of the emerging writers in this country, the future is very bright.”
John is well known and respected locally, nationally and internationally for his work as an actor, writer and film maker.
Film and television acting work includes the lead role in the award winning feature Locus Of Control, The Southwesterlies,Wolfwalkers, Where The Wild Things Go, The Professor and The Madman, Old Fangs, Love/Hate, Republic Of Telly, Tobias And The Tree and Fading Away.
He is the writer of the TV series Dead Still for Deadpan Pictures. It is currently airing worldwide before airing in Ireland in the autumn.
For the screen, he’s written and directed the short films Hot Water Bottle, Daffney Molloy And Other Catastrophes and Two Cats. Other short films he’s written include Seanie & Flo (Audience Choice Award, Chicago Irish Film Festival 2020. Deadpan Pictures), Kathleen (Best Screenplay – Waterford Film Festival. Paradox Pictures) and Swerve (Best Short Film – Underground Film Festival 2015. Mycrofilms). He also wrote and directed the pilot Smitten for RTÉ Storyland 2016. He was also one of the writers and directors of the web and radio detective serial Vultures.
Other work in development includes the feature screenplay The Kudome Valentine and the TV series Night Rocker, both with Blue Ink Films and the TV series Industry Of Cool (co-written with Peter McGann) for Deadpan Pictures.
For the stage he has written the plays Taboo , War Of Attrition, Scratcher, Smitten and Heart Shaped Vinyl ). He also co-wrote The Hellfire Squad and The Roaring Banshees with Peter McGann. He wrote the adaptation of Thomas Kilroy’s novel The Big Chapel (Asylum/Abbey Theatre/Kilkenny Arts Festival) which was nominated for Best Production at the Irish Times Irish Theatre Awards 2020.
Other writing for theatre includes the community theatre project Bridge Street Will Be (Asylum/Equinox) and part of Mass by The LSA (Dublin Fringe Festival). Work for children includes Don’t Shoot The Messenger, Grimm Fairytales and Andersen’s Fairytales.
Writing for radio includes 100 Everyday Menaces (RTÉ Drama On One, IMRO Award Winner 2018), and an adaptation of The War Of The Worlds (IMRO Award Winner 2009).
He is a founding member of Devious Theatre in Kilkenny and White Label in Dublin.