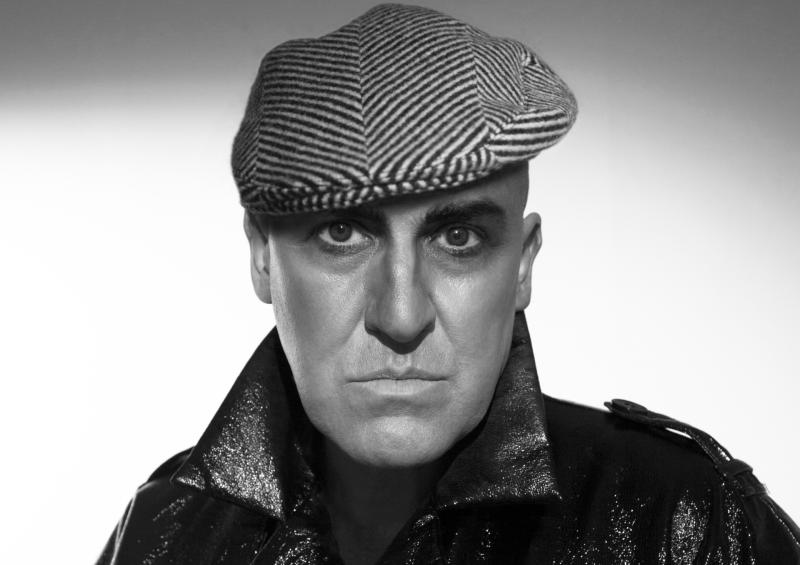 From the team that brought you Forgotten, Underneath and the Olivier Award-winning Silent, Before is a new play with much music, set in Clerys of Dublin, on the very day this iconic department store shuts - for good.
Pontius is inside, trying to choose a gift for his estranged daughter, whom he hasn’t seen for almost 20 years. He will meet her in an hour. This father’s journey is both beautiful and strange, from the isolation of his Midlands home, to the madness of O’Connell Street. Some folk are impossible to buy for…
In 2006, Fishamble: The New Play Company produced Pat Kinevane’ first solo play, Forgotten and together they started a remarkable journey which would see them create an outstanding trilogy of work which has already been critically acclaimed both in Ireland and across the world. Forgotten was followed in 2011 by a second play, Silent (which won the team an Olivier award) and by Underneath in 2014, all three written and performed by Pat Kinevane and directed by Jim Culleton.
Now the team has reunited to bring this new work to the stage. Once again produced by Fishamble, written and performed by Pat Kinevane and directed by Jim Culleton, comes to the Watergate stage on September 24 and 25.
Before was commissioned by Fishamble and has been in development with the support of the Arts Council, National Theatre Studio (London), Pavilion Theatre, the RTÉ Concert Orchestra, and The Strollers Touring Network.
Pat Kinevane is a native of Cobh, Co. Cork. He has worked as an actor in theatre, film, television and radio for 29 years. In 2016 Pat won a Laurence Olivier Award in London for his Outstanding Achievement as an actor and a wrtier. This prestigous award was shared with Fishamble and Jim Culleton who have been integral to the production and direction of Pat’s three solo shows.
First
As a writer he completed his first full length play The Nun’s Wood in 1997 which won a BBC Stewart Parker Trust Award and was produced by Fishamble. Fishamble then produced his second play The Plains of Enna (Dublin Theatre Festival 1999). Pat wrote The Death of Herod for Mysteries 2000 at the SFX. In 2008 his piece Evangeline Elsewhere premiered in New York in the First Irish Festival. Pat has been touring since 2006 with his three solo pieces Forgotten (Irish Times Theatre Award Nominee), Silent (Scotsman Fringe First, Herald Angel and Brighton Argus Angel Award) and Underneath (Scotsman Fringe First and Adelaide Fringe Awards) all produced by Fishamble.
Fishamble: The New Play Company is an Olivier Award-winning, internationally acclaimed Irish theatre company, dedicated to the discovery, development and production of new work. This year the company celebrates 30 years of new plays in Ireland through its many productions and extensive development programme.
Fishamble is at the heart of new writing for theatre in Ireland, typically supporting 60% of the writers of all new plays produced on the island of Ireland every year and has told the story of Ireland over 30 years through daring new plays and award-winning productions.