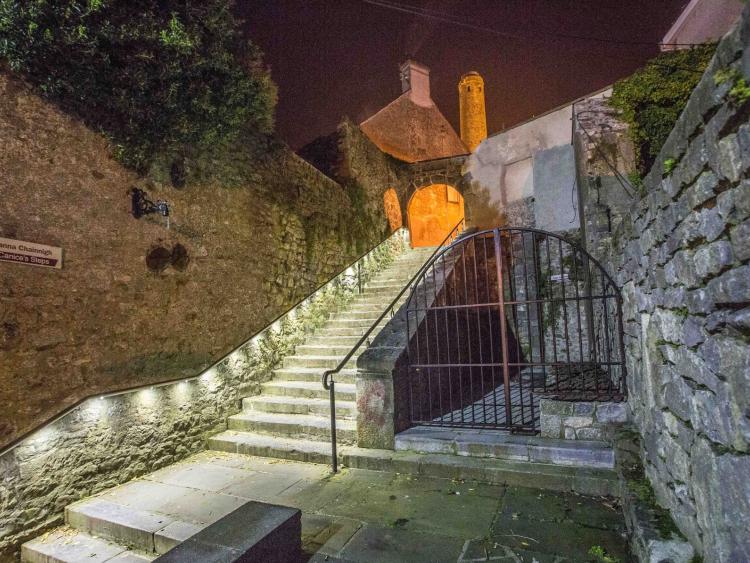 Serious concerns have been expressed over reports of public drinking, drug use and anti-social behaviour at the area of Dean Street around St Canice’s steps.

Members of Kilkenny’s Joint Policing Committee (JPC) including local TDs and councillors have said the activities of a number of people are intimidating local residents, while others are now avoiding the area.

Mayor of Kilkenny John Coonan raised the issue, saying the level of anti-social behaviour in the area was substantial and needs to be urgently addressed. He said gardaí and the council needed to put their heads together to come up with a solution.

“It is giving a very bad name to that area,” he said.

Local TD John McGuinness agreed with the mayor, and said the area had become a gathering place for the sale and consumption of drugs, and the overuse of alcohol. Deputy McGuinness also referred to the laneway at the top of the steps, where he said the ambulance has had to go up on numerous occasions.

“The ambulance has gone up there I don’t know how many times,” he said. I’d like to know what is going on there.”

He said gardaí had also recently been called to an incident at a location nearby. He added that there was a huge number of anti-social behaviour complaints coming into his office, and it seemed that it was out of control in some estates.

“There are decent tenants throughout housing estates who are ‘locked in’ to their own homes because of anti-social behaviour and they can’t understand why gardaí and the council acting together can’t bring some of it to an end,” he said. “The people involved are well known.”

JPC chairman Pat Fitzpatrick said that director of housing services Mary Mulholland had informed him the housing section was regularly meeting gardaí and is in the process of creating the anti-social behaviour strategy.

“It is being prepared and will come before the SPC,” he said.

Chief Executive of Kilkenny County Council Colette Byrne said that a lot had been said, and there was no doubt things are ‘very challenging at the moment’. She said the council would be aware there had been an increase in anti-social behaviour during Covid, and things had also become more difficult within certain households during Covid.

“In relation to St Canice’s steps, it is certainly a concern,” she agreed.

Ms Byrne said the relevant stakeholders needed to be involved, and she was not sure of the level of awareness of gardaí or that everything was making it onto the PULSE system.

“We need to understand a bit more what is happening down there,” she said.

Superintendent Derek Hughes said the nature of public disorder incidents had changed somewhat in recent months amid Covid restrictions. Gardaí had also moved personnel into other areas or roles in the community during lockdown, but an anti-social behaviour unit still deployed to areas each day. He thanked the members for bringing certain areas to garda attention.

“I assure you, you will see a reduction in public disorder in these areas,” he said.

Supt Hughes said it was not satisfactory to hear that people are afraid in their own homes, and also said in certain cases where people were notifying the council of incidents, they should be phoning gardaí.