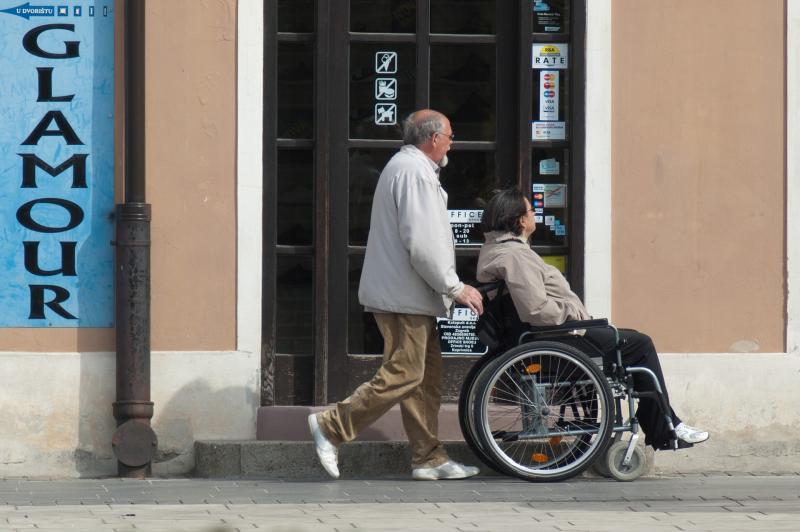 Almost 20pc of people with disabilities reliant on virtual supports during the pandemic have no access to a computer and a further 20pc have no broadband, a survey by Rehab Group has revealed.

As Rehab Group, one of the country’s largest disability charities, launches its pre-budget submission it surveyed people who use its services to reveal how the pandemic has escalated the scale of inequity among the disability community in this country. The survey reveals how moving services online disproportionally disadvantaged people with disabilities, with many in regional and remote areas denied access to crucial online resources.

Over the first months of the pandemic it became patently clear that a ‘digital divide’ was exacerbating disadvantages for many people who use Rehab Group services. While a third of those surveyed said they were happy to have remote learning as part of their course, the survey revealed two in five did not have full-time access to their own computer, and worryingly, 20pc had no access to a computer at all. Almost half of the recipients struggled with connectivity issues because of patchy broadband, particularly in rural locations.

The survey also revealed the social impact of the pandemic on people with disabilities. As the country went into Lockdown, changing face-to-face support to remote supports led to a knock on effect for people with disabilities. Almost all respondents said the social aspect of attending a centre was something they valued, while 60pc indicated that it was a critical part of their programme.

One recipient said: “I need just as much help with social interaction as with everything else we do, having a routine was also a big help and being around others with similar problems. I was just beginning to make progress and now I’m almost back to where I started because again, I am isolated I need a lot of help with social interaction and social skills. It’s too isolating at home all the time.”

Despite the vast majority of people relying on public transport to get to their services over half indicated they found public transport unreliable, and with just under half saying that it is easily accessible. The lack of accessible and frequent public transport in rural areas was also highlighted by survey participants, and how this in turn impacts on the person’s independence.

This inequity has been further exacerbated by the current Covid-19 restrictions on public transport. Many survey participants who have underlying health conditions expressed their reservations about using public transport in general as a result of fear of contracting Covid-19, which puts greater pressure on persons with disabilities and their family members:

CEO of the Rehab Group, Barry McGinn said: “What is clear is the Covid-19 pandemic has disproportionally affected people with disabilities who were already struggling to live on their incomes, rely on often inaccessible transport and access meaningful education and employment. People in our services are experiencing regression due to not having access to face-to-face educational and social services to the same level as before this pandemic. Digital poverty is further exacerbating this. The loss of these supports will hamper the overall progress of vulnerable people if not responded to as soon as possible.”

“The Government recently announced extra supports for people who were struggling with the digital divide which is welcome, but we are looking for a commitment in Budget 2021 to boost funding for ICT so that people with disabilities are not left behind in this pandemic.  Another key issue for many of the people who use our services is the social aspect of learning or social care which highlights the importance of centre-based delivery in disability services. The people in our services have overwhelmingly indicated that they need face-to-face interaction in order to progress and succeed. We need to see the full support for the reopening and delivery services in the context of COVID-19. We would urge Government to make this a clear priority in the months ahead and in 2021.”

In the run up to Budget 2021, Rehab Group has issued a ‘to do’ list for the Government to deliver for people with disabilities. Among the key asks are: