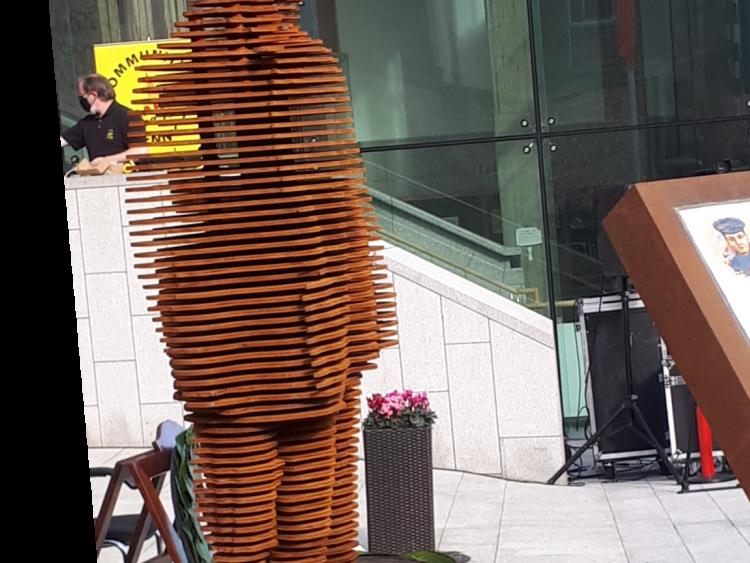 A new memorial statue has been unveiled in Kilkenny commemorating the many young Irishmen who lost their lives here and abroad.

Thomas Joseph Woodgate, from Callan, was only 14 years of age when he went to his death in WWI, the youngest known Irish soldier. But there were many like him, teenage boys and young men who signed up to fight for the cause.

Today, at the Market Yard entrance of the courthouse, a new monument was unveiled. Minister of State Malcolm Noonan joined Cathaoirleach of Kilkenny County Council Andrew McGuinness to do the unveiling. Strict rules regarding attendance numbers and social distancing were observed.

John-Joe Cullen read the ‘Airman’s Poem’, while War Memorial chairman Donal Croghan somberly informed those attending of the significance of the event.

A minute's silence was held, followed by the Last Post on the bugle, and the laying of wreaths. The national flag was raised as the national anthem was played.