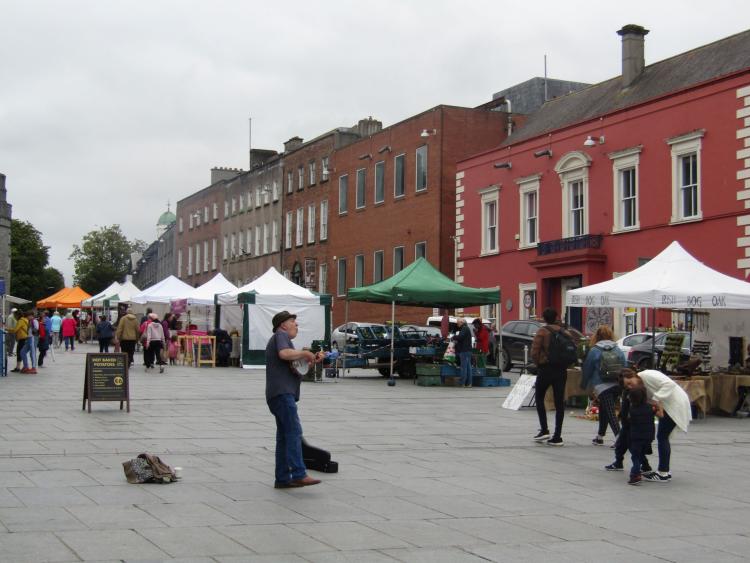 There has been a mixed reaction to a suggestion that a third trading day might be added to Kilkenny City farmers' market in the future, with a note of caution sounded by one local councillor as well as a council official.

City councillors agreed on Friday to allow the Saturday farmers' market on the Parade continue until the end of this month, having extended the casual trading bylaws earlier in the year. Previously, trading only took place on a Thursday.

Demand for space wanes after the busy summer months as the winter approaches, and council director of services Tim Butler informed the members the number of stalls was reducing and would likely dwindle out by the end of the month. However, he said, they wanted approval to continue up until the end of October, and if there was a need that could be extended further.

Cllr Joe Malone - who proposed the item, which was agreed by all - said he had recently spoken to some of the traders who had expressed an interest in a possible third market day. He asked about exploring the possibility of Thursday, Friday and Saturday as the days.

Mr Butler said the casual trading bylaws would be up for consideration and adoption in the coming months. He told the members they would need to take certain issues into account.

“They are quite successful – they attract people into the city's centre and bring a bit of life into it," he said of the markets.

"[But] you may be coming into competition with some of the ratepayers throughout the city. It is a licensed casual trading area – they pay a license fee. But it wouldn't be as high maybe as a rates demand would be. So, you have to consider the ratepayers in the town as well.

"It is something that you can certainly consider, and if the members wish, we can extend the days. But at the moment, the only day given in the actual bylaws is a Thursday, and we've extended it with your permission, on weekends right up to the end of October.”

Cllr David Fitzgerald also said he wanted to add a word of caution.

“The whole idea of refurbishing the Parade was to create a civic space, and not simply another trading area,” he said.

“While I am supportive of activity on the Parade, I wouldn't like to see it effectively another trading area in the city. The markets are quite a distinct feature and quite unique.”