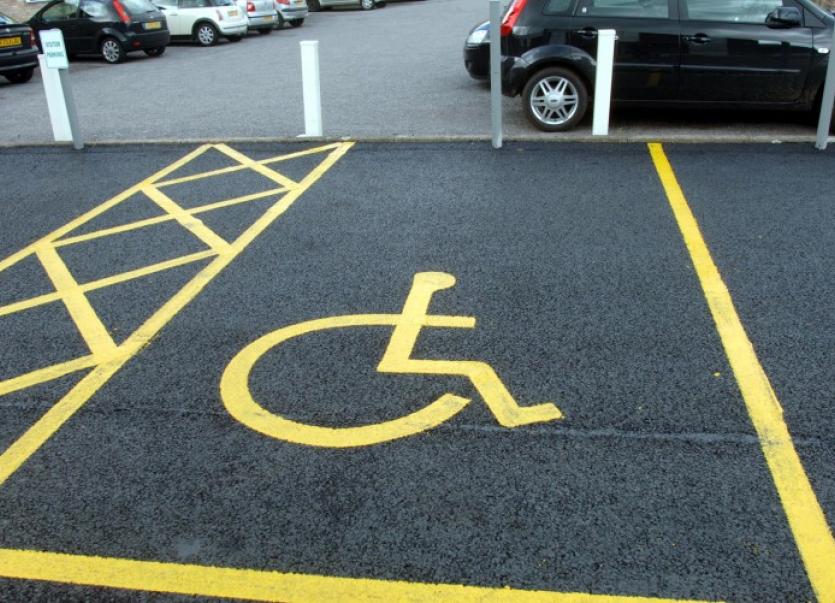 File picture: The mayor proposed that that the council review parking by-laws, and engage with disability access groups

City councillors want to hold a ‘review and revamp’ of parking bylaws to address the ongoing misuse of disability spaces.

It follows a notice of motion from Mayor of Kilkenny John Coonan brought to Friday’s meeting of Kilkenny City Municipal District, at which he said there is continued abuse of the spaces by people who are not permitted or supposed to use them.

“Parking attendants are making every effort to keep a watchful eye on this type of illegal parking. But they cannot monitor every space round the clock,” said Mayor Coonan.

“I feel strongly that we as a council need to provide stronger and more immediate support to combat this disgraceful practice with additional measures to enforce punishment for those that choose to ignore the law and park illegally.”

The mayor proposed that that the council review parking by-laws, and engage with disability access groups during the consultation process to ensure their requirements are fully considered.

“Additionally, that once disability spaces have been agreed, that specific identification be placed at the parking locations and an alert system put in place to further enable swift response to illegal use of disability spaces,” he said.

The notice of motion received the backing of the mayor’s fellow councillors. However, as the meeting took place online, it was taken as a recommendation and will not be adopted until the next physical meeting, or until legislation is passed that allows statutory decisions outside of physical meetings.

Cllr Maria Dollard said the issue had to be brought to the forefront: “The worst abuses are happening in carparks — the private carparks,” she said.

City engineer Ian Gardner noted that the council takes misuse of spaces seriously, and that a standard parking fine is €40, while misuse of a disability space incurs a fine of €150.

“We show a very low tolerance to people caught parking in disability bays. We’ve heard all the sob stories. Unless it has been absolutely legitimate — we haven’t cancelled any fines for people who park in disability bays,” he said.