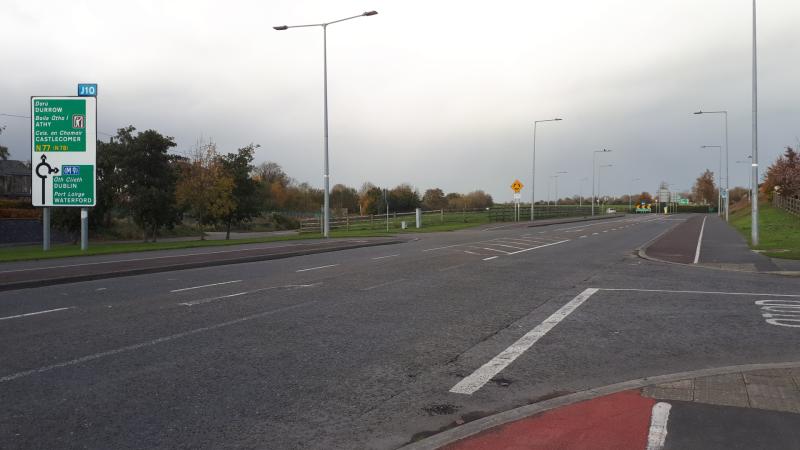 Local councillors are to explore the possibility of creating a new pedestrian walkway from Dunmore into Kilkenny City.

It follows a notice of motion from Cllr Joe Malone which received support from his colleagues at the October meeting of Kilkenny City Municipal District.

“It’s high time now that we sorted out a footpath from Dunmore carpark right into the ’Comer Road roundabout, and lighting as well,” he said.

“The people out there are absolutely screaming for this for many years. Enough is enough, time to take it on now.”

Cllr Malone said there was a large population living in the area, and it was not safe at present to walk or cycle the road. He said if the city bus service was ever extended out from the city, he was hoping Dunmore Park could be used as a bus bay for people to come from all over North Kilkenny to avail of a park and ride facility.

“So I ask the council to carry out a feasibility study,” he said.

Cllr Andrew McGuinness seconded the proposal, and said it was something the people of Dunmore had been seeking for some time.

“I think it makes complete sense now with the infrastructure already improved in the city and the addition of the bus service, I think it’s a no-brainer,” he said.

“We have to do this and make plans to do this and cost it up, and put a timeline on it for the residents out there, who have been looking for something like this for years.”

Cllr David Fitzgerald noted the council were already progressing a proposal to reuse the former landfill site at Dunmore for a civic amenity, and there was a connection with the GAA grounds as well.

“As you are aware, I had previously proposed the creation of a North Kilkenny Greenway. I had thought there may be potential to link that new amenity space back into the city by an alternative route through Dunmore which would link to the weir and the linear walk at the weir, by possibly restoring the original river crossing at the old woollen mills,” he said

“If we are going to look at creating a linkage to Dunmore — and I agree with Cllr Malone’s proposal that the people of Dunmore are entitled to be able to access the city — I think it may be useful to look at it in the context of the new civic amenity space and also cycle and footpath ways through the weir.”

The Fine Gael councillor said there may be a possibility of accessing of funds at a national level, if the project was part of a ‘greening’ process. Cllrs Maria Dollard and Mayor John Coonan expressed support for exploring this option.

Council director of services Tim Butler said both proposals would certainly be looked at, but sounded a word of caution on the motion, which calls for a footpath constructed on the N77.

“It’s a national secondary road, so TII will dictate whether we can or can’t do that,” he said. “It might be best if we talk to them first.”

City engineer Ian Gardner confirmed this was the case, and said he would talk to the council’s road design section to see if they could liaise with TII on the matter.