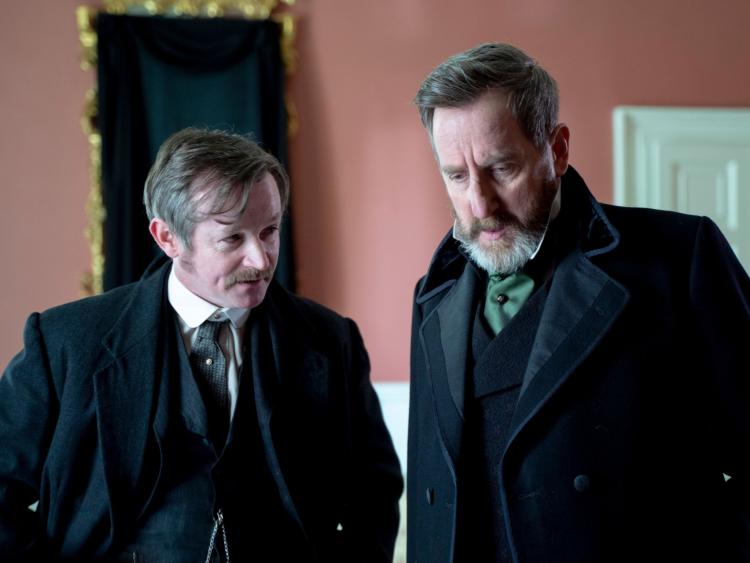 Dead Still, a six-part murder mystery dark comedy series set in Dublin in the year 1880 and created and written by Kilkenny's John Morton will air on RTE this Sunday.

The series is an international co-production between top Irish producer Deadpan Pictures, winner of an Emmy Award for “Moone Boy,” and “Murdoch Mysteries’” producer Shaftesbury Films in Canada. The show centres around the Victorian practice of memorial photography (or post mortem photography) where the recently deceased would be posed with their families for a final photo, oftentimes made up to look alive. In times where photographs were rare, this would be a final way to commemorate a person.

Writer, John Morton said that the series has a wide appeal.
“It’s a real mixed bag of a show so without sounding overly simplistic about it, I really hope there’s something for everyone in there.
“My initial urge was to write something teenagers could enjoy watching with their grandparents, as I’ve such good memories of watching murder mysteries and spooky serials with my own.
“ At different times, it’s a murder mystery, it’s a comedy, a police procedural and a horror. To be honest, it’s a few things I hadn’t seen in an Irish context that I really wanted to see as a punter, so when the opportunity was presented, I kinda lashed all those things into the mix and hoped for the best.
“I think what I’m most excited about audiences seeing is Victorian Dublin though. I’m a big history nerd so I hope history buffs get a kick out of it.
“There’s not a lot of fictional representations of that time in Ireland so it felt like a very fresh setting for a show. It’s Ireland as part of the United Kingdom and it can be very hard for us now to imagine what that was like. A lot of Irish historical fiction is usually about politics or past events we all know, but it was nice to tell a genre story with that era as a backdrop.”

Dead Still focuses on memorial photographer, Brock Blennerhasset (Michael Smiley), who makes a living from photographing the recently deceased. He is plunged into a murder investigation when a serial killer begins to copycat his style positioning his victims as if for a post-mortem photo shoot.

Created and written by actor and dramatist John Morton (“Denouement,” “Taboo”) from a story by Morton and TV director Imogen Murphy (“Red Rock”), Dead Still is directed by Murphy and Canada’s Craig David Wallace (“Murdoch Mysteries”). It has already premiered in May on Canada’s Acorn TV and Citytv and will air on RTÉ One from November 1. The cast includes Eileen O’Higgins, Kerr Logan, Aidan O’Hare, Jimmy Smallhorne, Aoife Duffin, Peter Campion and Martin Donovan.

The six episodes are a mix of murder mystery and black comedy and it has been critically acclaimed since its debut earlier this year. It will run on RTÉ One on Sunday nights at 9.30pm and can also be viewed on the RTÉ Player.