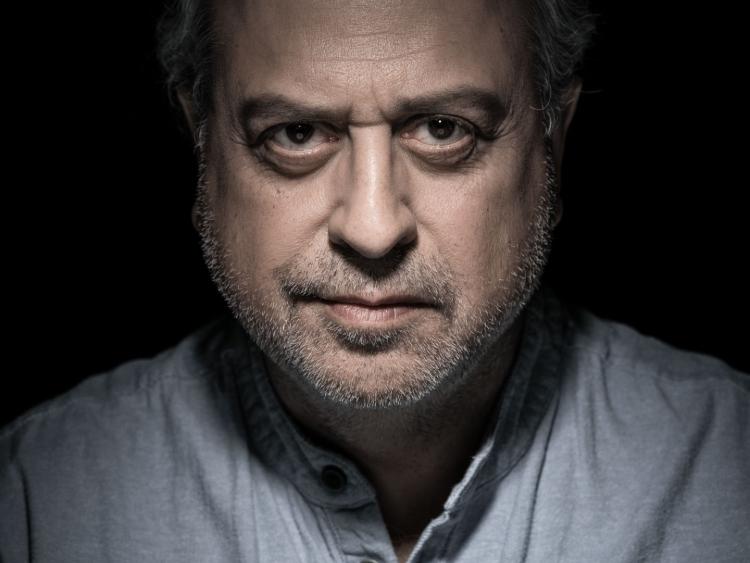 Solar Bones will be shown at RTE.ie/Culture on November 5

In August, socially- distanced audiences in Kilkenny got to witness one of this year's most memorable theatrical performances, when world renowned Stanley Townsend performed the world premiere of Mike McCormack’s book, Solar Bones.
Presented by Kilkenny Arts Festival in partnership with Rough Magic, in association with Watergate Theatre this production was presented as part of Kilkenny Arts Festival X. Working within Covid-19 regulations this production was brought safely to the stage for six performances.
Audiences and critics were blown away by this moving work; brought to stage in the most challenging of circumstances, with a determination to find a way to bring Solar Bones to a bigger audience and filmed a performance before the final curtain fell.
This week it was announced that, teaming up with RTE.ie/Culture and supported by Department of Tourism, Culture, Arts, Gaeltacht, Sport & Media, audiences both in Ireland and across the world will have a chance to see this filmed performance on Thursday (November 5), when it streams on RTE.ie/culture.
Minister for Arts, Catherine Martin said:
“In a difficult time when we increasingly turn to culture for our wellbeing, I am delighted to support the broadcast of the stage adaptation of Irish novelist Mike McCormack’s “Solar Bones.”
“I know the themes of the performance will particularly resonate with our shared current circumstances and I am sure that it will, above all, be entertaining.”
Director Lynne Parker said that audiences have found the play particularly relevant for the times we live in.
“People who saw Solar Bones talked about how fitting and resonant the story is for these days, as we watch a lost soul in the void desperately trying to keep going, to wrestle meaning out of chaos, to defend the human against the political, to find the basic goodness that anchors us in the middle of a nightmare. What a time to be making this grave, beautiful, essential work,” she added.
Winner of the Impac Dublin Literary Award 2018, Solar Bones is Mike McCormack’s multi-award-winning elegy to the merits of an ordinary life, spoken from an intermediate state between memory and nothingness.
Adapted by Michael West, Solar Bones is directed by Lynne Parker. It was originally developed by Something Different in association with Mermaid Arts Centre Solar Bones can be viewed at RTE.ie/culture on November 5 at 7.30pm.