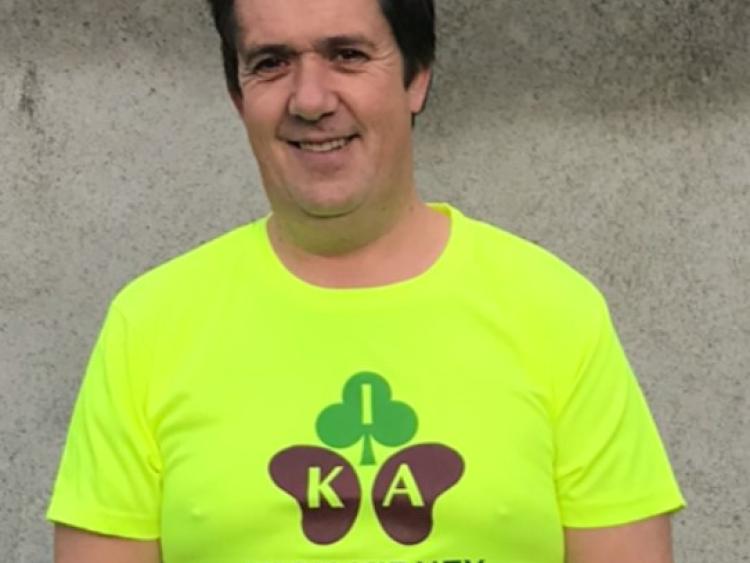 A group of Kilkenny runners have pledged to run five kilometres every day throughout November to honour the memory of the deceased father of one the group and to raise awareness about the plight of people with organ failure and funds for the Irish Kidney Association.
The deceased, Patrick Williams snr, who lived in Gowran, had been a kidney dialysis patient for seven years before passing away three years ago on October 30, 2017.
Supporting the fundraising challenge will be the late Patrick’s two teenage grandchildren, Nicole and Sarah Williams from Freshford, who committed to running a shorter 2km distance on 30 consecutive days while both their parents Patrick jnr and Regina Williams are among the group or eight adults running the 5km distance daily.
Patrick jnr has set up a Facebook fundraising page with proceeds going to the Irish Kidney Association. Regina and six other men and women will be pounding the roads in different locations around the marble county while wearing bright yellow Irish Kidney Association T-shirts.
The runners will be sharing photos of themselves, their times, and routes on their WhatsApp group every day until they each reach their final 150 kilometres after 30 days. Between them they will have clocked up an impressive 1,200 kilometres while Nicole (19) and Sarah (14) will have run a combined total of 120 kilometres.
“During Covid-19 restrictions our group has been keeping in touch on our WhatsApp running group,” said Patrick jnr, speaking ahead of the Challenge. “We like to challenge ourselves as some of us also did a similar 5km challenge throughout December last year.
“I am delighted they have come behind this challenge and are supporting me by honouring the memory of my father whose health failed considerably in his final year before he passed away.
“They are also supporting me and my family in helping us to raise funds for the Irish Kidney Association as well as shining a light on the plight of people on long term dialysis and people with other types of organ failure.
“Myself, Regina, Nicole and Sarah and my extended family think that this is a nice tribute to the memory of my father.
“My mother Elizabeth and my five brothers and sisters saw my father’s struggles while he was on dialysis for seven years and watched his health decline. In those seven years he received hospital dialysis treatment three times weekly.
“First, he received his treatment in Kilkenny but in his final years as his health deteriorated, he was transferred to the renal unit in Waterford. I think he held on to life for as long as he could for the sake of my mother but especially for his eight grandchildren who adored him.”
Patrick jnr works on a pig farm and lives in Freshford with his wife Regina, who works as a carer, and their teenage daughters.