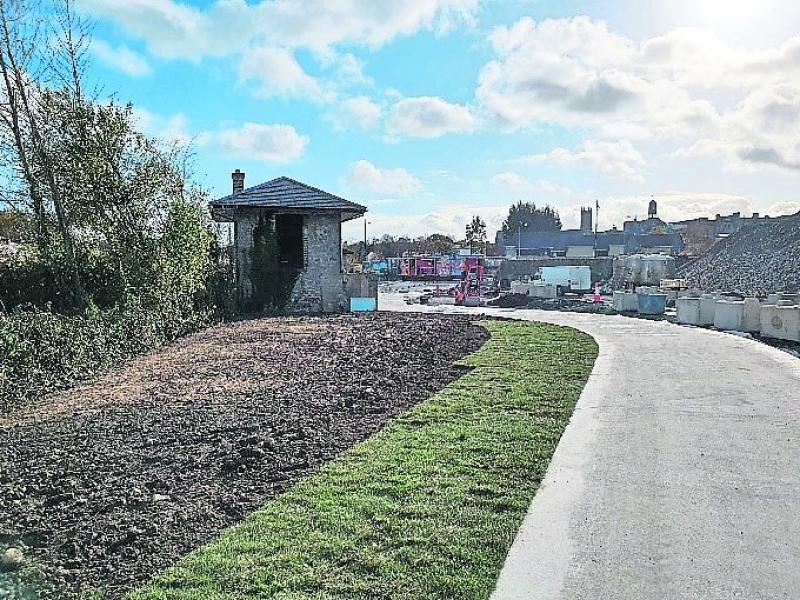 People passing by the vicinity of the Abbey Quarter may have noticed a new glass roof structure being put in place on top of the former Brewhouse building in recent weeks.

Work on the development of the Brewhouse is ongoing, being undertaken by Mythen Construction on behalf of Kilkenny Abbey Quarter Development Ltd.

To date, the works have been located within the former brewery site, but over the next few weeks they are extending into Horse Barrack Lane. In her recent monthly report to councillors for October, council chief executive Colette Byrne said it would be necessary to close Horse Barrack Lane in phases to allow the works to be undertaken.

Meanwhile, work is also progressing apace on the Riverside Garden project in the Abbey Quarter, with the project now expected to be completed by the end of this month, subject to any further Covid-related delays, according to the report.

Work on the construction of the walkway through the park and other hard landscaping works is now substantially completed, with the planting and soft landscaping of the park to take place this month.

Invest Kilkenny has also revealed it is ready to tender for the renovation of the tea house at Bateman Quay, with these works to begin next year, following completion of the Riverside Garden project. As previously reported by the Kilkenny People, the elements for the skatepark were delivered to the site in August and have been placed in situ. Work on the construction of the slab to join the elements together is also in hand.

Urban Park and Street
An application for permission to develop the proposed urban park and street in the Abbey Quarter was made to An Bord Pleanala in July.

Details of the proposed development went on public display, with submissions or observations invited from the public. An Bord Pleanala later extended the date to make submissions until the end of October.