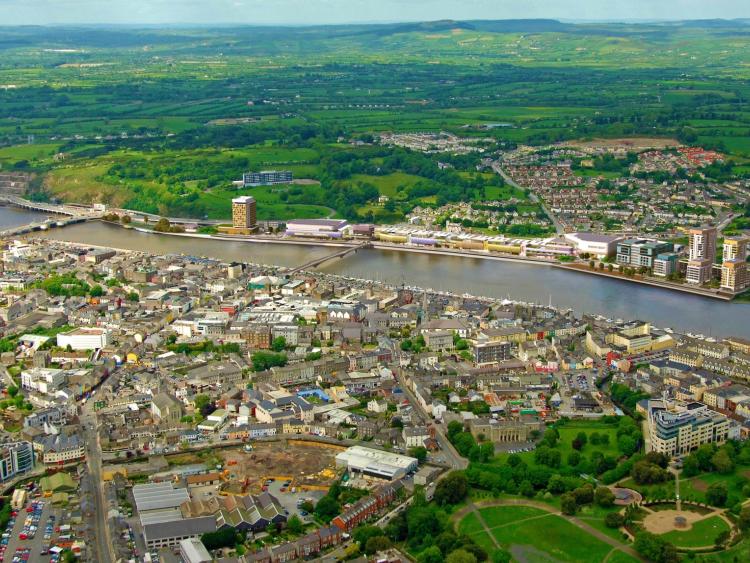 The package announced today for Waterford’s North Quays will see €80.6 million in infrastructure funding for the project, with a further €30 million previously committed by the Department of Transport.

Minister for Housing, Local Government and Heritage Darragh O’ Brien said it represents one of the single biggest investments ever in the South-east ‘which for too long has suffered from underdevelopment and under-investment’.  Minister of State Malcolm Noonan has also said the investment will benefit the wider region.

"There will be spin-offs for Kilkenny too, but ultimately this is about the wider regional context and ensuring that young people will have a future by staying here, going on to further education and training here and ultimately working here in sustainable, green employment, long into the future," he said.

How Waterford can progress as regional driver will have a significant impact on Kilkenny as the overall development is realised in the years to come. Falcon Estate Development Ireland, the promoter of North Quays, says the development will deliver nearly 2,900 full time jobs on the development itself by 2023, primarily in the offices aspect with 2,000 jobs, and secondarily in the services sectors, and a further 4,500 indirect jobs in the community.

More specifically, today's funding announcement has a number of facets which can directly benefit the Ferrybank and South Kilkenny areas, as Kilkenny County Council has acknowledged. For example, Waterford’s train station will be relocated to the North Quays site along with a bridge to link the North Quays to the south. The bridge will link the Waterford Greenway with the new Kilkenny Greenway, due to be completed in 2022.

Belmont Link Road
The provision of a road, linking from the Abbey Road to the Belmont Road, will support building of houses by opening up lands for development and facilitating population growth.

Greenway links
The funding provides for additional connection points to the Kilkenny Greenway. This will give greater access and facilitate use of the greenway in Ferrybank as a smarter travel option for people living, working and going to school in the area.

Approach roads
The delivery of the project will enhance the approaches to the North Quays and will accommodate cycling infrastructure.

Port Road
Upgrade works to the Port Road will provide access to open up additional lands for development. This work is considered critical to the growth of Belview Port.

Local TD John Paul Phelan has welcomed the funding, and says the provision of the link road from the Abbey Road to the Belmont, the New Ross Road out of Waterford, in particular will ease much of the bottlenecks in the area and opens it up to positive development.

Cathaoirleach of Piltown Municipal District, Cllr Eamon Aylward said the improved infrastructure in the Ferrybank area will improve the quality of life of those living in the area.

"It will generate economic activity, create jobs and allow for future residential development,” he said.

"It will build good futures for generations to come. It is a great day for South Kilkenny and will ensure that  Waterford City  can fulfil its role as the regional economic driver for the region."