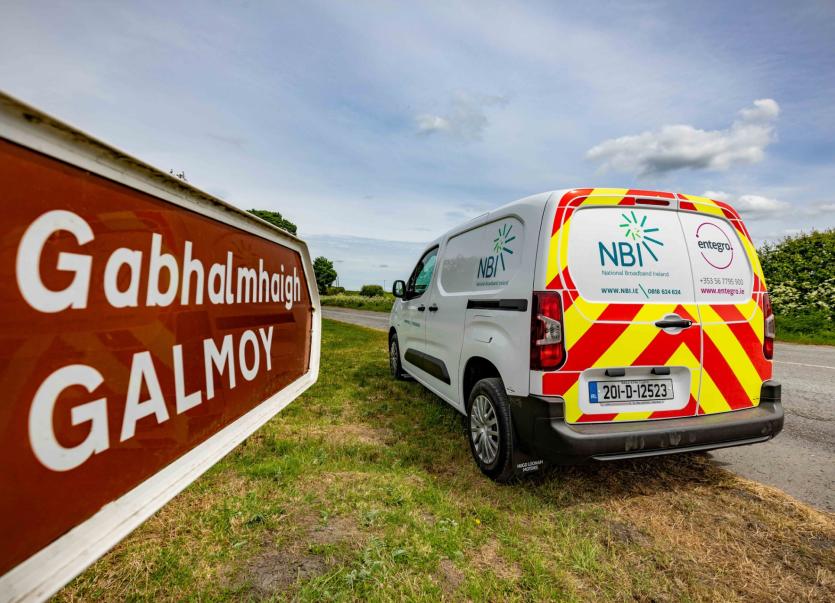 The North Kilkenny councillor says fast reliable broadband is as important as an uninterrupted electricity supply.

“Our broadband signal and strength is appalling at the moment. There’s no other way to describe it,” she says.

“As well as being a county councillor since 1974 I’m on a number of boards, including WIT and the Carlow-Kilkenny Education and Training Board. Any interviews or conference calls on Teams and other video conferencing apps generally can’t be done from home.

"I’ve to go into Colaiste Mhuire for interviews because I need a guaranteed service. Any online work associated with the management of the family farm here is extremely difficult. All contact with Government departments, including the Department of Agriculture correspondence is now done online, as is banking and management of general utilities. It’s the same for other businesses and individuals.

“Since Covid struck it’s more acceptable than ever to work and study from home. And it’s been very good for people, particularly those from this area who up to now have been forced into their cars early in the morning and have to face a long commute each day.

“But I can only imagine the frustration for these workers as they try to work with existing providers in this area of North Kilkenny who just don’t seem to be able to provide the service we need. The slowness at which it moves would have you pulling your hair out.

Cllr Cavanagh says at the moment, students, whether primary, secondary find it extremely difficult to do their research. Third level students are receiving all their lectures online and submitting their work online. The National Broadband Plan can’t come fast enough to North Kilkenny.

“We’re very fortunate that our neighbour, Jim Doyle, and his company, entegro, are doing the survey and design work which form the critical foundation work for the National Broadband Plan," she said.

"My understanding from him is that they’ve now completed their assessment of Kilkenny city and 20km outside of it as well as Johnstown and the surrounding hinterland. We anxiously await news of when we’ll be connected and get the service we need, even though we understand this is not part of entegro’s role.

“We look forward to the service and the work done by entegro, the other National Broadband Plan contractors and the government coming to fruition as soon as possible. Fast broadband will totally transform this area. It will change life in North Kilkenny for generations to come for the better.

“People now have the option to work from home. I can’t ever see people going back into big offices in cities five days a week or students being on campus full-time. Blended learning is the future for Irish third and possibly second level education. As of now, I don’t ever envisage students attending college five days a week.

“Those formerly confined to offices will work remotely at least part of the week. This will have a phenomenal impact on their own lives, on the lives of their families and their communities. People will be more inclined to shop local, to support local and socialise locally and this can only create positive ripples throughout their own community.

“Because people in this area are working more from home they’re shopping in the local corner shop or supermarket more, rather than in larger multiples close to their former workplace. They’re more likely to support the local butcher, the local baker and be more involved in their community. We’ve all gained a greater appreciation of the smaller retailers on our doorsteps in these times of uncertainty. Long may it continue,” she said.

“Jim left Ireland for the UK and built up an unrivalled reputation in his industry, working for over 30 years as a telecoms entrepreneur. He is known for his relentless drive to get things done on behalf of his clients," she said.

"We’re very fortunate that Jim and Pauline Doyle chose Kilkenny as the base for the company headquarters and that they built their family home here in Galmoy. We’re thrilled to have Jim and Pauline in Ireland, in Kilkenny and more importantly, in this North Kilkenny community. We anxiously await better broadband for this area – whenever that will come."