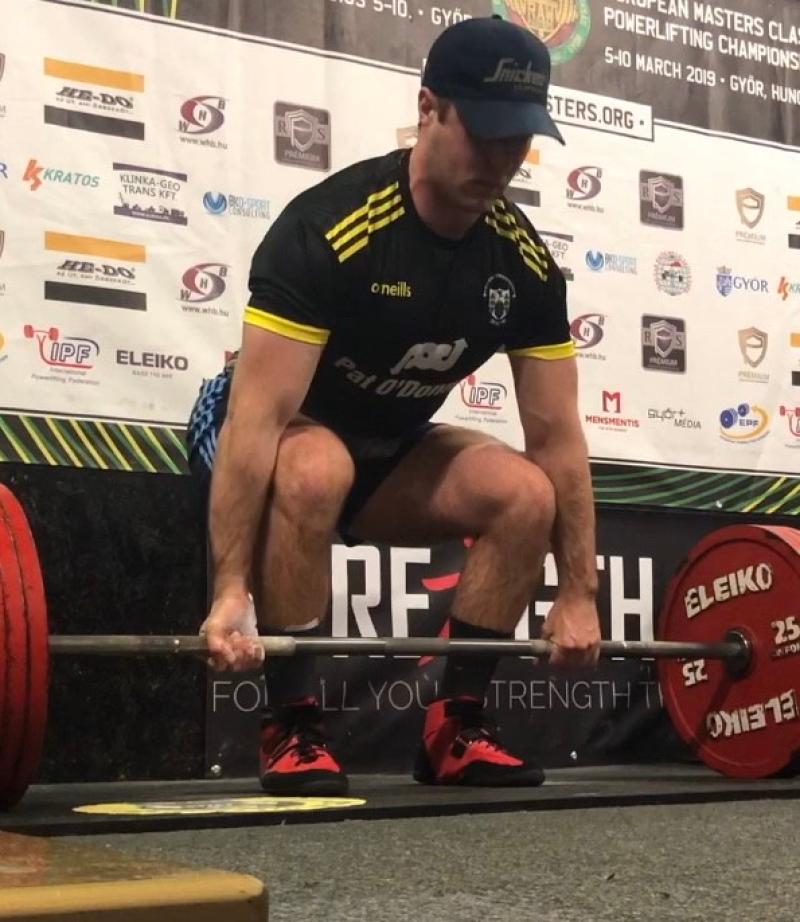 A local man is planning a monster endurance effort over the course of a month to raise funds and awareness for local mental health charity Teac Tom.

Simon O’Neill is planning to lift a total of one million kg in December in his ‘Raise a Million’ challenge. It’s a physical and mental endeavour that will see him attempt to lift one million kilos between December 1 and December 30.

The effort will involve a combination of the main compound movements —squat, deadlift and bench press — supplemented with some lighter isolation exercises, as well as pullups factoring in his bodyweight.

“This is all in aid of Teac Tom, for mental health awareness, bereavement support and suicide prevention – everything they do,” he told the Kilkenny People.

Simon is an experienced powerlifter, but the volume of weight and intensity that will be required if he is to succeed will be exceptional even for a seasoned athlete.

As part of his preparation, he’s worked out a rough idea of what he needs to get through each hour of training: “I’ve done trial runs of this just to test out and see how my body responds,” he says. “I pushed it hard just to see what I can do at peak.

“Obviously, I won’t be able to keep up high intensity every day. So I plan on taking about five rest days [over] the 30 and average it out between 40,000kg a day.”

This could involve training for up to four or five hours each day. There’s no doubt accumulated soreness will have an impact as the month goes on.

“I will have to see how my body breaks down. I wouldn't recommend this to anyone – I am not trying to get people to do the same challenge. It’s just kind of a gruelling challenge,” he says.

The level of endurance to move this amount of weight with only five rest days will prove a serious test of mettle. It will also mean plenty of fuel (calories) and sleep and recovery. Without that, he has little chance and his body will begin to fail him.

In turns of nutrition, he will prepare his meals for the day each morning. He will have to factor in his normal working day as well — he’s doing a PhD in biotechnology with UCD combining with Glanbia.

“Get home, do the four to five hour session, could get done in three and a half. It depends on how my body’s going to be, how it’s feeling on the day. I will be able to plan out, and using planning plus to help my training. After training, I could be talking about late evening – hop into an ice bath. Recovery will be important, hot shower, hot and cold treatment. Then repeat.”

If restrictions are eased, he’s hoping a friend will occasionally train alongside him, socially distanced.

“I’d be hoping to bring in guest lifters along the way, maybe once or twice a week they could jump in. For the moral support and to get people involved,” he says.  “It’s going to be a crazy month let’s be honest!”

His progress will be tracked daily for everyone to view until the end of the challenge, with regular updates on social media. His target is to raise €5,000.

“Teac Tom relies solely on fundraising to keep the doors open but there has been very few opportunities to do this due to the Covid-19 public health restriction measures in place,” says Simon.

“With the viral pandemic currently ongoing, it is an exceptionally important time to stay in good mental health and raising awareness in our communities is pivotal.

To support and contribute to the cause, visit idonate.