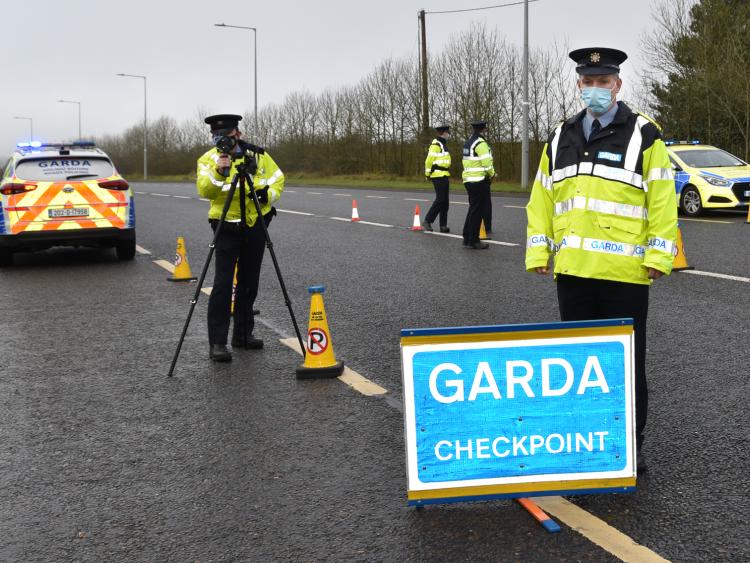 Gardaí will be increasing checkpoints over the Christmas period

Additional checkpoints will be in place across the city over the festive season as gardaí ensure that speed limits are enforced and drivers are complying with road traffic legislation.
Extra mandatory intoxication checkpoints and speed detection checkpoints are being conducted by gardaí throughout Kilkenny for the period up to January 5.
Inspector Paul Donohoe of Kilkenny Garda Station explained the aims and objective of the Christmas and New Year Enforcement Operation.
“One of the main aims of the operation is the prevention and detection of intoxicated driving, through strategic enforcement and a sustained level of MIT checkpoints. We have seen a 900% increase in drug driving in the past year.
“We will also be carrying out mandatory intoxicant checkpoints in the mornings so we are urging people to think twice before driving and make sure it is safe to do so.”
The inspector also said that there will be high visibility enforcement of all speed limits, with a focus on 30 and 50kph zones.
The rigorous enforcement of “Lifesaver” Offences, including the enforcement of distracted driving, such as drivers holding mobile phones, seat belt offences and learner drivers driving while unaccompanied will also form a key part of the operation.
Analysis of fatal collisions over the last five years, annually and for the period of this operation, indicate that the highest peak of incidents, is every weekday, between the hours of 4pm and 8pm.
“The goals of this roads Policing Operation are to minimise fatal and serious injury collisions, promote good driver behaviour and to target criminals using the roads, thus giving credence to the ethos of “Denying Criminals the use of the roads,” added Inspector Donohoe.