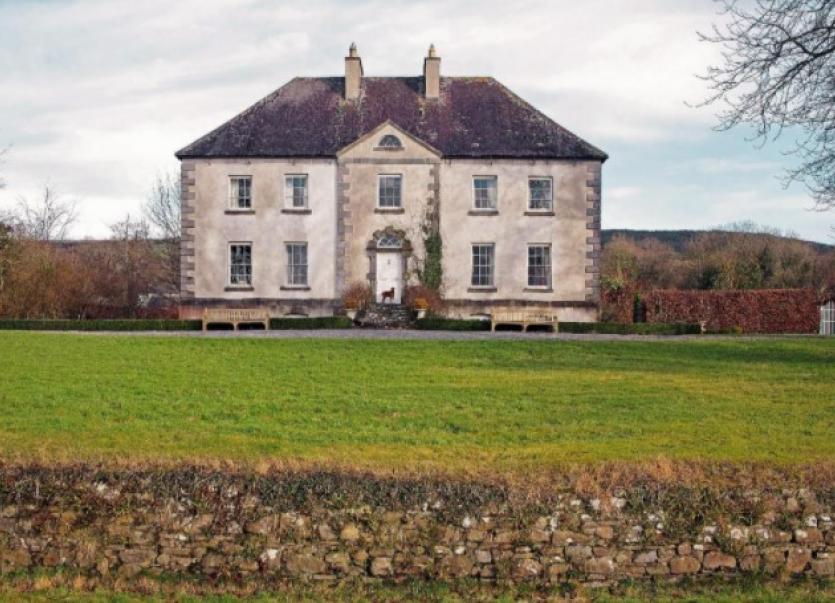 A County Kilkenny couple received an early Christmas present this week when their 300-years-old restored house became the first winner of a new prize intended to  draw attention to the challenges of owning an historic property.

Since buying  Ballysallagh House in 1987, local pharmacist Kieran White and his wife Geralyn have  devoted themselves to bringing both the building and gardens back to peak condition, ready to mark Ballysallagh’s tricentenary in 2022.

The Whites are ideal recipients of a new prize devised by architectural historian  Robert O’Byrne, generously sponsored by the O’Flynn Group and awarded with the  support of Historic Houses of Ireland. Currently, private owners of properties like  Ballysallagh receive little public acknowledgement or assistance for their work in helping to preserve Ireland’s architectural heritage. Paucity of aid means these  buildings are particularly vulnerable to decay and potential loss, since their upkeep  can be expensive and beyond the financial capabilities of owners. Many of them  stretch their resources to the limit in order to ensure the survival of houses for which  they have assumed responsibility.

The O’Flynn Group Heritage Prize is the first of its kind: a new national award  acknowledging the significant role played by owners of historic homes. For this  reason, the O’Flynn Group has joined forces with Historic Houses of Ireland, a  charity established in 2008 to promote the immediate and long-term future of privately owned historic properties in this country. All HHI members are owners of  historic houses and understand better than anyone the challenges faced by this  sector. The new prize is awarded to a member ohf HHI.

The organisation’s chairman,  Thomas Cosby of Stradbally Hall, County Laois commented, ‘Knowing first-hand the  costs of maintenance and restoration this should be a welcome reward for someone  who has completed a suitable project.’

Worth €5,000 and adjudicated by a small panel of assessors, the O’Flynn Group  Heritage Prize will be presented annually to one property, the owners of which have  demonstrated outstanding dedication and commitment to the preservation of the  building in their care; this is clearly the case with the Whites and Ballysallagh. The  O’Flynn Group has already shown itself keenly aware of the importance of providing  a viable future for historic buildings, as can be seen in the company’s sensitive redevelopment of the former 19th century barracks site in Ballincollig, County Cork,  and elsewhere.

The prize’s next recipient will be announced in 2021.