The people of Kilkenny have demonstrated their generosity 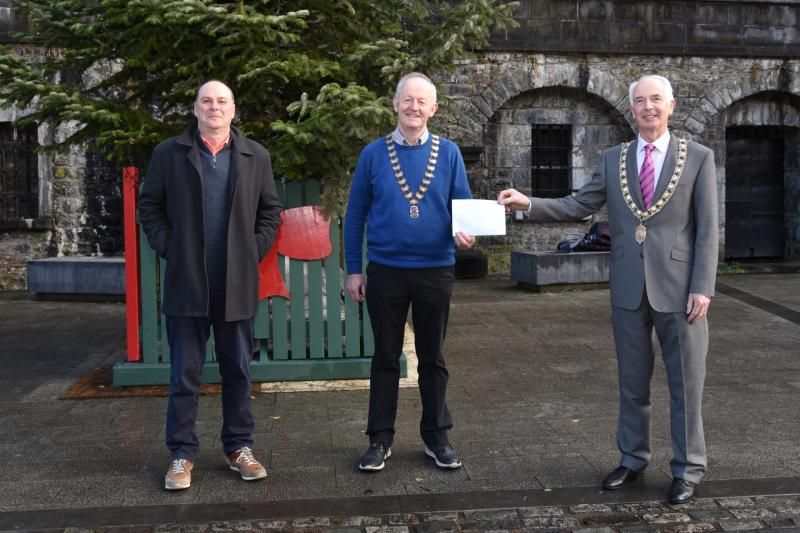 The people of Kilkenny have demonstrated their generosity in recent weeks, with the Mayor of Kilkenny John Coonan hailing the response to his Christmas Charity Fundraiser.

Mayor Coonan has now presented a share of the proceeds of the fundraiser to Kilkenny Lions Club. The balance will be given separately to ALONE, the charity that supports vulnerable older people to age at home.

In giving support to the Lions Club, the Mayor said he was aware there was a shortfall in normal funding due to the cancellation of a number of charitable fundraising events because of Covid-19 restrictions.

The shortfall has been reduced significantly as a result of the mayor’s generous support, and this has helped the club provide assistance over Christmas to local organisations, such as St Vincent De Paul, Kilkenny Social Services, Church of Ireland, Good Shepherd Centre and Amber Women’s Refuge. Mayor Coonan said he was heartened by the response from the public.

A significant amount has been raised, and he thanked the generosity of the public, individuals and local businesses. He was delighted with the amount raised and that it is going to these deserving organisations.

The mayor said the Lions Club has over the years provided funding to a significant number of local organisations and he was delighted to support them.

President of Kilkenny Lions Club Pat O’Hanlon thanked the mayor for his fundraiser support. He said it would ‘significantly’ reduce the shortfall experienced this year, and that as a result, local organisations will benefit greatly.