A gleam of glory this Christmas 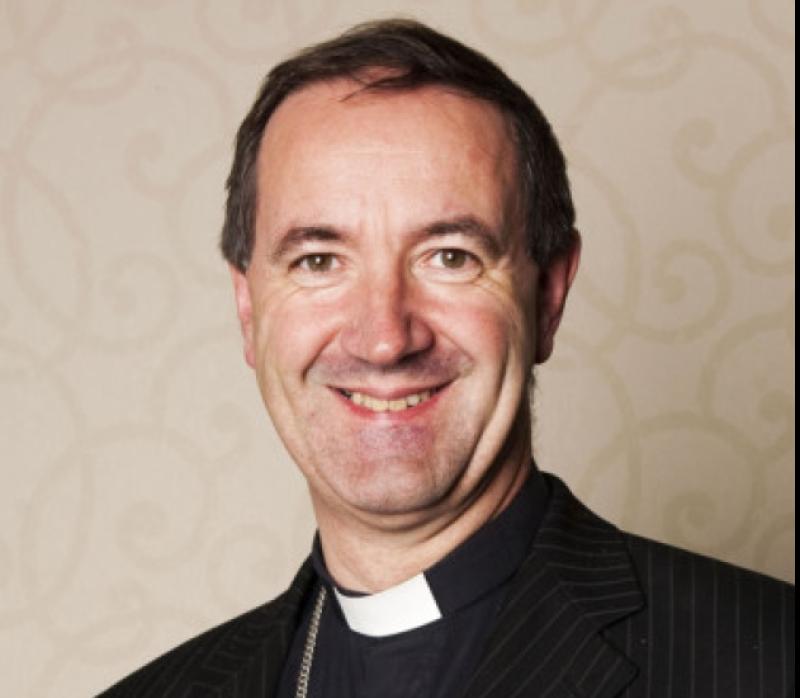 A Christmas message from Reverend Michael Burrows, Bishop of Cashel Ferns and Ossory

At Christmas we can all feel just a little nostalgic and sentimental, perhaps this year especially so when things are not at all as they used to be.

One occasion which I shall particularly miss, the curtain raiser on Christmas really for the whole of my life, is the Festival of Nine Lessons and Carols in St Patrick’s Cathedral Dublin.

Broadcast live for many decades by RTE radio each Christmas Eve at 4pm it is quite possibly the longest running public service broadcast of its kind in the history of the State. And it is so much better not televised - there is something intimate, profound and delicate about the engagement of the radio listener with the liturgy.

I was brought there as a child; I cannot but think now of those who (as the Bidding Prayer at the Service puts it) ‘once rejoiced with us here... those whose hope was in the Word made flesh’.

I have brought my own children there over the years. It has been a family tradition to visit friends and relatives in Dublin that day and attend St Patrick’s before returning to Kilkenny for the midnight Eucharist in St Canice’s. All changed utterly this year.
The carol service, like so many others around the world, invariably opens with ‘Once in Royal David’s City’, the words of which were written in the 19th Century by Fanny Alexander and are sung to an incomparably majestic roof-raising tune by Henry Gauntlett.

Fanny Alexander was married to William Alexander who was bishop of Derry and subsequently archbishop of Armagh. It is a tribute to this talented Victorian woman that, long after her episcopal husband is largely forgotten, people the world over still sing her hymns!

She and William lived through turbulent times. Some 150 years ago in January next the Church of Ireland was disestablished, ceasing to be a State Church. While, in retrospect, we today can view this event with thanksgiving as an act of liberation, people in the 1870s feared the Church might not be able to survive at all.

In the midst of turbulence and uncertainty Fanny Alexander wrote a series of hymns for children aiming to tell, in memorable verse and music, the whole timeless story of the life and work of Christ.
Yet the hymns were also theologically profound and rich in language. ‘Once in Royal’ tells of the Incarnation but it is but part of a series. To give another example, ‘There is a green hill far away’ (inspired by a familiar hillock outside Derry) tells the story of the Cross.

One lesser-known hymn by Fanny Alexander which I love is one she composed for Ascension, celebrating the completion of the earthly work of Christ. I often think that Ascension is almost more important than Christmas. After all, as we all know, it is much easier to commence tasks than to complete them and Ascension marks the costly yet wonderful completion of all that Christ set out to do among us.

The Ascension hymn is ‘The golden gates are lifted up’. It sings of Christ’s return to the throne of heaven, and of the place prepared for us. At Christmas we sang in ‘Once in Royal’ - ‘and he leads his children on, to the place where he is gone’. At Ascension we consider the earthly path along which we are led, and the hymn affirms that always on that earthly path ‘a gleam of glory lies’.

A GLEAM OF GLORY LIES
In that phrase to me lies the heart of Christian hope. Despite the pain and confusion of the world in a year like this, despite all our doubts and legitimate questions, somehow (perhaps just occasionally) there are moments along the journey of life when we know we glimpse glory.

It may be at a mesmerising act of worship, it may be during a beautiful piece of music, it may be when we witness an act of generous and heroic service to a neighbour in need, or it may be when we hold a newborn baby and somehow see anew the beauty of humanity in God’s image. These are the moments when heaven breaks through to earth.
The shepherds at Bethlehem had their own unique glimpse of glory when heaven and earth seemed briefly to intersect in the sky above them, their life and the divine life brought together in Christ in a wonderful exchange.

This strange Christmas, even without an abundance of carols or a legion of parties, still offers us the opportunity to place ourselves with the shepherds beneath the dome of heaven and to seek a sustaining gleam of glory both in the majesty of creation and the angelic good news of the birth of a baby.
Looking back over 2020, at the heroism and dedication displayed by so many who on the frontline and in essential services have sustained our lives, there have been many powerful examples of gleams of glory.

Perhaps instead of being gloomy about things that are not happening this Christmas, we should look back over the year and identify a few of them. God never leaves ‘our earthly path’, however bumpy, devoid of those gorgeous gleams.