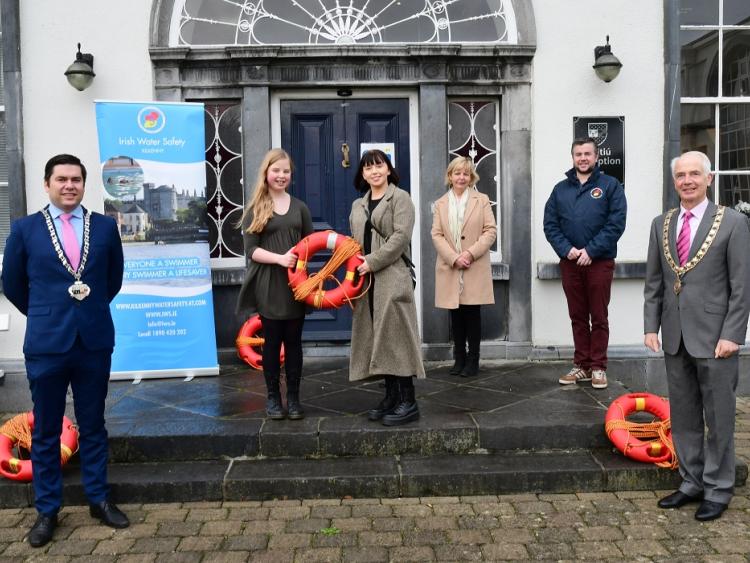 A number of local young people have been hailed as heroes, having leapt to the rescue of others in perilous water safety situations.

They have been honoured with national awards from Water Safety Ireland, which were presented to them at County Hall last week. Among them were two girls from Jenkinstown, and four students from CBS Secondary School in Kilkenny.

The first rescue took place in November last year, when Clodagh West Keogh (18) and her sister Lorna Keogh (11) from Jenkinstown, realised that there were two men out of their depth in the river at Threecastles, where the River Nore meets the River Dinan in Kilkenny.

Bravery
The two girls demonstrated bravery and also coolness, in particular in how they remembered to grab a ringbuoy and used it in the rescue. There were three children on the far side of the river bank and two men who were obviously in difficulty in the water.

One of the girls swam across to the children and helped to calm them down, while the other girl swam out and brought the first man to safety, then swimming back to rescue the second man, with the aid of a ring lifebuoy. The girls then swam each of the children back to other side of the river and ensured all were safe and well.

Training
They have been lauded by the Mayor of Kilkenny for the daring river rescue. Training which the girls received from Water Safety Ireland, Kilkenny and their grandmother, was evident in the rescue. Without this training and their quick action, two lives could have been lost.