October: Looking forward at St Luke’s and looking back to World War 1 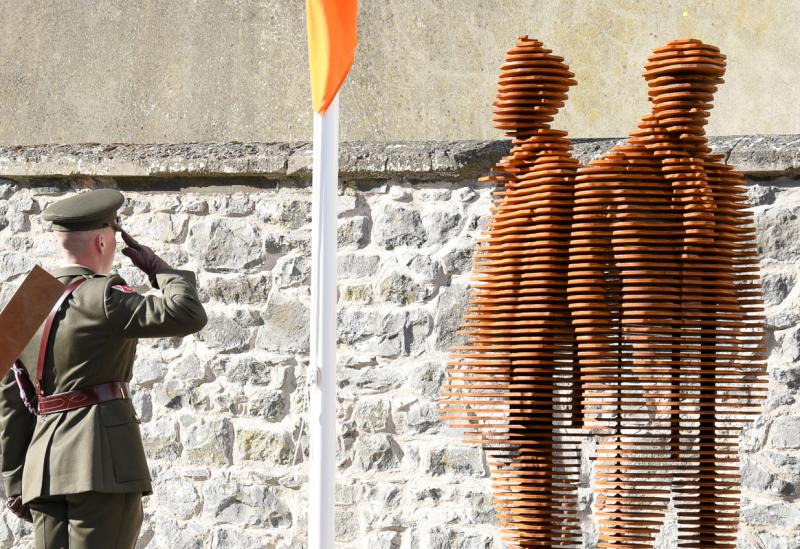 In October local councillors agreed to write to Irish Water because water in Inistioge, The Rower and parts of Thomastown was ‘safe but absolutely undrinkable’.
Locals were buying bottled water despite a multi-million euro upgrade to their water supply
In the city, work began on the long-awaited skate park.

Work also began on the new MRI block as St Luke’s General Hospital.
Construction work got underway on a new 72-bed ward block at the hospital as well as - finally - a unit to house the long-awaited MRI scanner for the local hospital.
The €30 million ward building was included in the Health Service Executive 2020 Capital Programme and was granted capital allocation for 2020. Construction is expected to be completed sometime in the fourth quarter of 2021.

Kilkenny Day
The first ever Kilkenny Day took place in October. The day was a celebration of the county’s food, hospitality, many communities, heritage and environment.

The county was proud of a local woman who was appointed to a top UN post.
Dr Tara Shine was appointed as co-facilitator of the Structured Expert Dialogue under the UN Framework Convention on Climate Change (UNFCCC); a critical post in reviewing the implementation of the Paris Climate Agreement.

World War One Memorial
Another Kilkenny person was remembered by his home county. Callan’s Thomas Joseph Woodgate was the youngest Irish military casualty of World War One.
The 14-year-old was one of 501 people who died on board the RMS Leinster when it was struck by a torpedo from a German submarine on October 10, 1918.
Minister of State Malcolm Noonan and council chair Andrew McGuinness jointly unveiled the memorial which is located at the Market Yard side of Kilkenny Courthouse.

A new initiative aimed at promoting and facilitating more cycling in Kilkenny was launched in the city.
Cycle Kilkenny is supported by a range of stakeholders who are passionate about bringing positive change to Kilkenny City for the people who live and work here.
A new one-way system was introduced in Callan town centre and in the city it was announced the one-way system on High Street and Rose Inn Street was set to remain in place for the duration of the pandemic to facilitate social distancing.
There was sadness in Goresbridge as Kelly’s shop closed after 73 years Known for selling everything from a needle to an anchor in their store, proprietors Martha and Seán Kelly were looking forward to retirement.