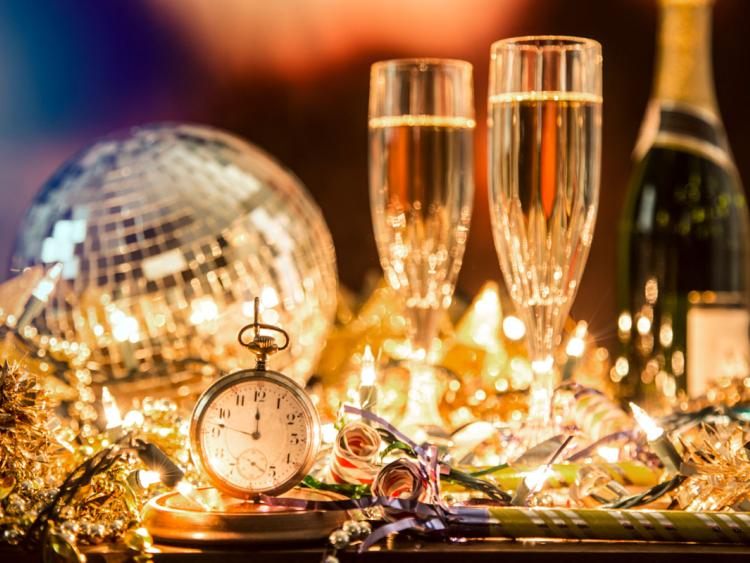 We didn’t sing Auld Lang Syne this year. Come to think of it – we didn’t sing it last year either. Or the year before. Or the year before that!
Truth to tell we haven’t sang Auld Lang Syne in a lang, sorry long, time.
Why? Well, we haven’t been going out on New Year’s Eve. And we haven’t been going out because… because we’re getting on (don’t anyone dare say: old).
Balls, Dinner Dances (not there are any) don’t have the same appeal that they did in days of yore (days of yore! Jesus I’m getting nostalgic and I’ve only just begun!)
And for sure we’re not going to some pub to lorry into pints and G&Ts and carry on a loud, noisy conversation just to be heard by the person beside you! Although we did serve our time to all of the above in ‘days gone by’. And served it well.
Served it in Maggie Holland’s (Jim, Ann, I wish you both a happy New Year and hope ye’re holding up in this godawful Covid time) Served it in the Marble City Bar in the time of the late Larry Langton, a gentleman of the first order. Served it in Lenehans with Carmel and the late Jim, another gentleman of the first order.
And I have great memories of dinner dances in the Newpark Hotel, guest of my brother-in-law, the late Dick Long (generous to a fault) who loved to throw a party and who, come midnight, wholeheartedly sang Auld Lang Syne though he couldn’t sing for skins. God rest you, Dick. And I hope they sing Auld Lang Syne wherever you are.
The last time my good missus and myself were out on New Year’s Eve, and sang Auld Lang Syne, was in the Sceilp Inn just down the lane from my house.
It was also the night Jim Cody of the famous Wetlands Orchestra waltzed with my wife (and I wish you a very happy 2021, Jim, and by the way, you’re a better dancer than yours truly).
Yep, that was the last time we were out on New Year’s Eve even though it was actually a night in – we had invited some friends in for a bit of grub and a few drinks but come 11.30pm or thereabouts we got restless and decided to adjourn to the pub!
And so to the Sceilp. No taxi required. No jacket required, so to speak. And a right good New Year’s Eve was celebrated by all.
But there was none of that this year. We couldn’t even invite our friends in. Covid put a stop to all that. So, we had to sing Auld Lang Syne ourselves. Just the two of us in the kitchen! We did in our…..
Who sings Auld Lang Syne at home, with only two in the house? No one. That’s who. You need company to sing Auld Lang Syne - family and friends preferably but fellow revellers will do fine whether beside you in the pub, beside you on the dance floor or beside you in the street.
Auld Lang Syne was penned by Scotland’s Robbie Burn in 1788 (based, possibly, on a folk song) and literally means ‘old long since’ or, less literally, ‘days gone by’.
And by God but we’ll sing Auld Lang Syne again come December 31, 2021.
We’ll sing it in our pubs. In our clubs. On the dance floors. On the streets. Wherever people gather. We’ll sing it hand in hand and arm in arm. We’ll sing it with gusto. With passion. We’ll sing it like we’ve never sang it before.
Even if we don’t know all the words (no one does, not even the Scots) We’ll sing it on Ben Nevis if we have to but forget Ben Nevis let’s sing it in the belfry of St Canice’s Cathedral where, some ‘days gone by’, a few of us had the unique experience of hearing the New Year rung in by the church’s campanologists.
Strangely enough, for a song that few people know the words of, Auld Lang Syne is one of the best known songs in the world; a song whose melody became the national anthem of South Korea and whose air the Dutch commandeered for their football song (We Love Orange).
Auld Lang Syne has also featured in numerous movies: Charlie Chaplin’s The Gold Rush (1925); Wee Willie Winkle (1937) when a wee Shirley Temple sang it; It’s a Wonderful Life (1946) that Christmas favourite, starring Jimmy Stewart, the original Ocean’s Eleven (1960) with Frank Sinatra, When Harry Met Sally (1989), Elf (2003) a favourite Christmas movie of mine and Sex in the City (2008).
Finally, whatever about ‘days gone by’, here’s to brighter, better, happier days ahead. Here’s to a year when corona is a beer again, Donald is a duck and bubbles are in baths and champagne.